Waves crashed over homes on Turner Road in Scituate on Monday. Even though the landfall was in New Jersey, Massachusetts took a pounding from one of the biggest storms in history.

Hurricane Sandy, one of the largest storms to ever hit the East Coast, pummeled Massachusetts on Monday with punishing winds and dangerously high seas, flooding some coastal areas, and cutting power to some 385,000 homes.

The enormous storm, gaining speed as it roared north across the Atlantic, brought steady rain and sustained winds of 35 miles per hour through much of the day, with gusts nearly twice that strong.

Although Sandy’s landfall was in southern New Jersey, it cut a destructive path nearly a thousand miles wide, causing massive disruptions throughout the Northeast.

In Massachusetts, heavy winds toppled trees and power lines, closing roads and causing increasing power outages throughout the day. Heavy surf pounded the coast, forcing evacuations in some low-lying areas in advance of the evening high tide, when storm surges were expected to exceed six feet.

“All of our shoreline could be affected,” said Brian Legendre, fire chief in Westport, a coastal town next to Fall River.

Utilities warned that because of the storm’s strength and duration, power outages could last a few days. The high winds would make it too dangerous for some repairs to occur, Governor Deval Patrick said in an evening press conference. Utilities would be working through the night to restore power where they can, he said.

No injuries or serious damage was reported Monday amid the high winds. But the powerful late-season storm, which killed nearly 70 people in the Caribbean, brought the area to a near-standstill. As most people hunkered at home, schools, malls, and businesses were closed, major roads were half-empty, and public transit shut down.

Amtrak canceled its service along the Northeast Corridor, and several bus lines canceled service through Tuesday. At Logan International Airport, more than 900 flights were canceled.

The MBTA stopped running shortly after 2 p.m. amid mounting reports of downed wires and branches and concerns that flooding would make parts of the system impassible.

“Shutting down public transit is never ideal. But under the circumstances, the safety of our customers and our employees is paramount,” said Richard Davey, the state’s transportation secretary.

The closing was announced at 10 a.m., prompting a rush for the final trains. By noon, South Station was at rush-hour bustle as riders headed home.

Davey said that he hoped service would resume Tuesday morning but that crews needed time to survey the damage. By mid-afternoon, at least 15 trees or large branches had fallen on rail lines.

“We hope to run full service for tomorrow morning,’’ he said. “That would be our goal. But it is not guaranteed.’’

Patrick said he was “cautiously optimistic” that the T and commuter rail service would run Tuesday morning.

“In general, we think people can prepare for a normal work day tomorrow,” he said. Boston Mayor Thomas M. Menino said schools and city offices would be open Tuesday.

Winds were expected to wane overnight, but a coastal flood warning was in effect until 1 p.m. Tuesday.

As Monday’s high tide approached under a full moon, Legendre warned that the “worst is yet to come.”

Forecasters warned that the state’s southern coast from Westport to Fairhaven might experience severe flooding, potentially more damaging than Hurricane Bob in 1991. Some 1,300 National Guard soldiers were deployed, mostly to the eastern and southern coasts.

As Sandy moved toward the coast, the Category 1 hurricane packed winds up to 90 miles per hour, and forecasters said it could stand as the largest hurricane in New England history. Its air pressure — an indicator of the storm’s power — was the lowest ever recorded in the area.

“The lower the pressure, the more powerful the hurricane,” said Charlie Foley, a meteorologist with the National Weather Service in Taunton.

In Waltham, about 25 families were forced to leave their homes when part of the roof was blown from two condominium buildings. One of the roofs was waving back and forth in the wind Monday night, and, at times, hanging about 10 feet over the edge of the building. Scraps of metal and wood littered the ground.

Despite the high winds, officials said the storm had not caused overwhelming damage.

“All in all, we’re holding our own,” Patrick said at an afternoon news conference

6 million people without power, 13 dead as Superstorm Sandy sweeps through the US 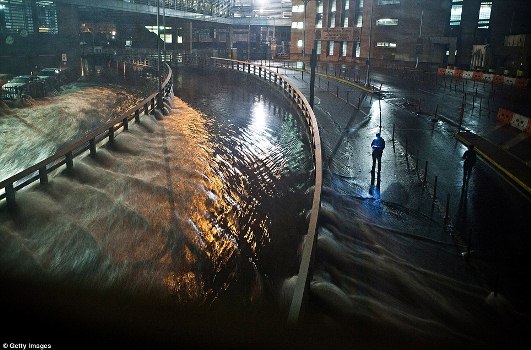 The New York City subway system which is 108 years old has never faced a disaster as devastating as what was experienced last night. Atlantic City in New Jersey has become an extension of the Atlantic Ocean as water pressed into the city from three sides, flooding rail yards, subway tracks, tunnels and roads. See photos after the cut... 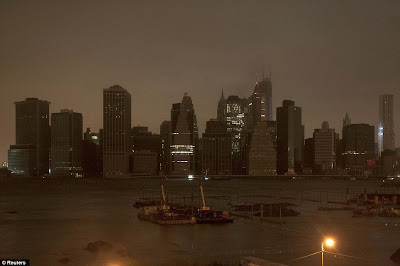 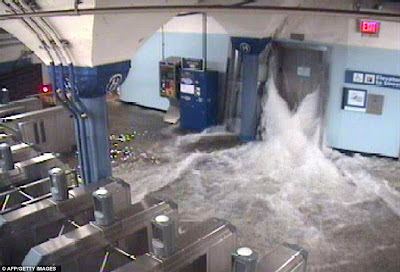 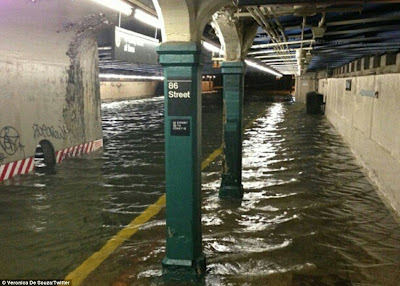 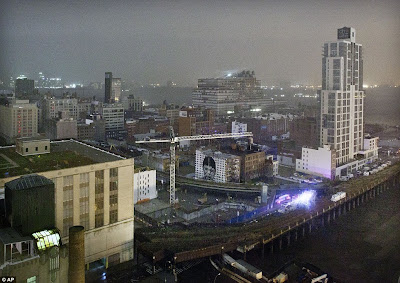 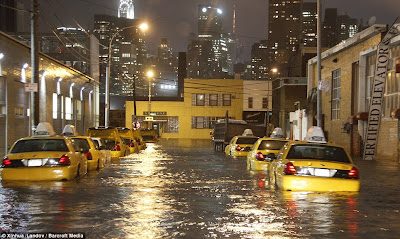 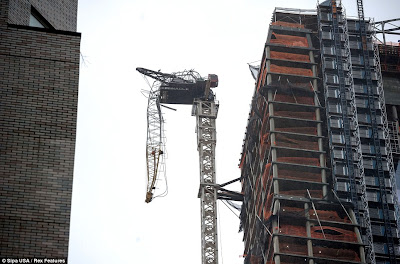 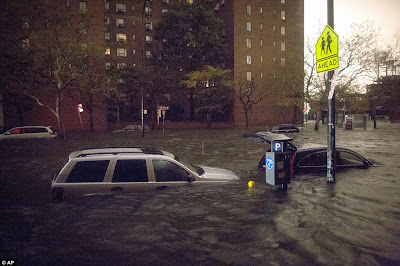 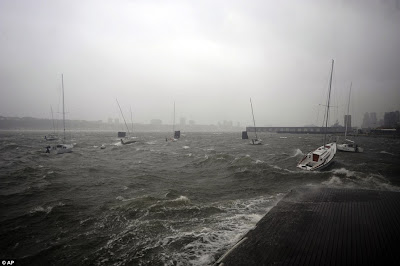 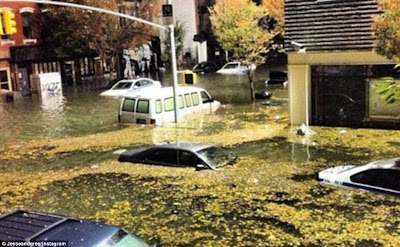 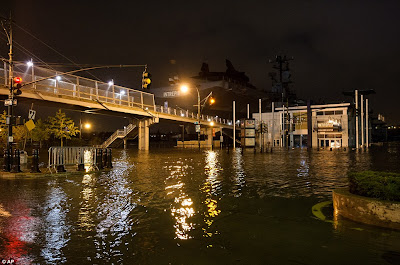