Of Ebola Prostitution Runs & Love - Can I get it from Kissing Hugs,Cash or My cheating Boyfriend ? Body Fluids & Disease Explained

HIV does not kill directly – it disables the immune system, allowing for the invasion of other diseases. 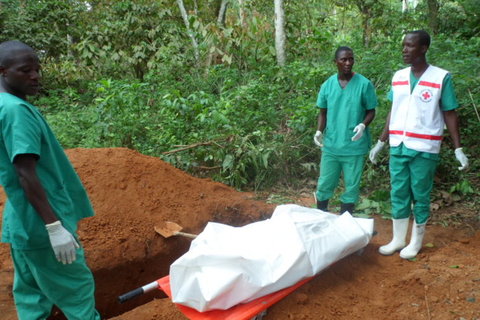 ·      On the other hand Ebola, as described earlier, physically destroys every cell it comes into contact with. The incubation period is extremely short, thus limiting the number of additional people that can be infected.

Ebola is not like the flu. You're not going to catch the disease from simply being across the room from someone who has it.

Basically every health agency in the world agrees on this point. In order to catch Ebola, you have to come in contact with bodily fluids — such as sweat, saliva, vomit, or diarrhea — of someone who already has Ebola and is exhibiting symptoms. (A person who is infected but not yet showing symptoms generally isn't infectious.)

Recently The Association of Nigerian Prostitutes Protest On The Streets Of Lagos yesterday and ask Government to legalize Prostitution in Nigeria. The commercial s*x business is largely frowned upon in Nigeria but one woman seeks to change that. A 48-year-old Patoo Abraham has led protests in Lagos to seek a better lot for Nigeria’s prostitutes.

HIV is the Number one Disease Sex Workers dread  .Ebola Should be Number Half .

This Nurse, Obi Justina Ejelonu worked at First Consultants, Obalende, Lagos. She assisted Patrick Sawyer in feeding because he was too weak. 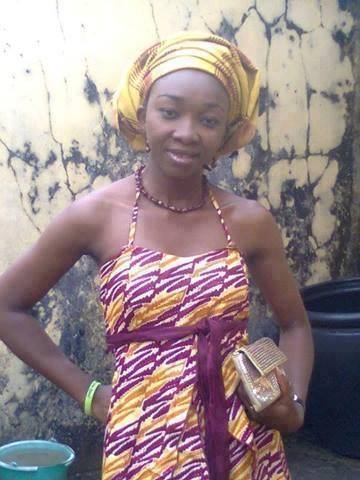 "I never contacted his fluids. I checked his Vitals,helped him with his food.(he was too weak).....i basically touched where his hands touched and dats d only contact.not directly wt his fluids.@a stage,he yanked off his infusion and we had blood everywhere on his bed.....but d ward maids took care of that and changed his linens with great precaution. ...."

Ladies and gentlemen, all is not well with Justina. She is currently at the Yaba quarantine center praying for a miracle out of what could be anyone's worst nightmare. Her test results came back positive for the Ebola virus and she's currently battling for her life.

Ebola can be transmitted from human to human. In the Journal of Infectious Diseases, health experts dedicated to research on the virus, made these assertions after several tests:

“Although Ebola virus (EBOV) is transmitted by unprotected physical contact with infected persons, few data exist on which specific bodily fluids are infected or on the risk of fomite transmission. Therefore, we tested various clinical specimens from 26 laboratory-confirmed cases of Ebola hemorrhagic fever, as well as environmental specimens collected from an isolation ward, for the presence of EBOV. Virus was detected by culture and/or reverse-transcription polymerase chain reaction in 16 of 54 clinical specimens (including saliva, stool, semen, breast milk, tears, nasal blood, and a skin swab) and in 2 of 33 environmental specimens.We conclude that EBOV is shed in a wide variety of bodily fluids during the acute period of illness but that the risk of transmission from fomites in an isolation ward and from convalescent patients is low when currently recommended infection control guidelines for the viral hemorrhagic fevers are followed.”

What this clearly means is that the virus can be gotten through unprotected sex and kissing infected people. In addition, if one comes in contact with bodily secretions found on needles, scalpels, soiled clothes and linens, there is high risk of infection.

Other ways one can contact the disease are through contact with a contaminated objects, butchering an infected animal and touching the dead body of someone who has died from the disease.

Fruit bats are also natural hosts of the virus, according to the World Health Organization. For people who enjoy eating bats, they have been warned to desist. Also, researchers believe humans are infected by handling dead or alive infected animals (like chimpanzees, gorillas and forest antelopes). People are advised to avoid bush meat.

WASHINGTON (Reuters) - The viruses that cause AIDS and Ebola, two deadly, contagious and highly feared diseases, spread through the body using the same mechanism, U.S.-based researchers said on Friday.

The researchers, led by Dr. Paul Bieniasz of the Aaron Diamond AIDS Research Center at New York's Rockefeller University, said they hoped their finding might lead to the discovery of new drugs to help treat HIV and Ebola infections.

Their study, published in the December issue of the journal Nature Medicine, shows HIV and Ebola use a protein called Tsg101 to bud from the cells they infect.

Both viruses hijack cells, inject their genetic material, and turn the cells into little virus factories. New copies of the virus "bud" from the cells in one of the steps of this process, before going in search of new cells to infect.

There is no cure for either HIV or Ebola infection. Ebola causes a hemorrhagic disease that kills 70 percent of its victims within days.

The HIV virus can be stopped from transmission through preventive measures, with an almost   100 % efficiency. That means that the virus can finally isolated and prevented from spreading, theoretically.

·         The Ebola virus knows no such limits. The virus is a biosafety level 4 agent – It is to be handled under extremely tight security, with all possible safety measures. Access to a level 4 laboratory is by means of electronic identification cards and sensors.

HIV can be treated through the use of antiretroviral drugs but on the other hand, there is no treatment or vaccine for Ebola virus. This makes it even more difficult to prevent it using scientific methods. The only preventive method at the moment is by avoiding close contact with infected persons but this seems almost impossible in African countries where family unity is one of the most important aspects of society.

Ms. Abraham also stated that she is proud of her profession as it is not different from any other trade. Controversial musician, Maheeda has also called for the legalization of prostitution in Nigeria.

We dont know When Ebola will Leave Nigeria or Africa .IF I were You I would Leave Sex Workers Alone until we are CERTAIN Bola has Left .