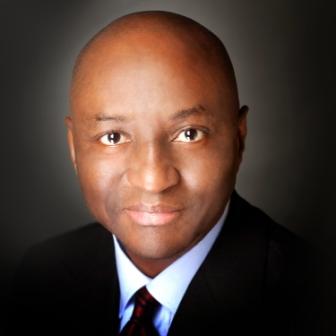 The Managing Director of Guaranty Trust Bank Plc, Tayo Aderinoku is dead. Sources within family told our correspondent that Tayo Aderinokun, who went into a coma some months back, died in a London hospital.

Recall that some months back, Mr. Aderinokun left the shores of Nigeria to attend to his health which had become a cause of concern.

Consequently, a notice of medical leave was filed to the banks regulatory authorities and the media, and at the bank`s annual general meeting, held in April 2011, it announced Mr. Segun Agbaje as its acting Managing Director ,for the period Aderinokun will be away.However, with the demise of Mr. Aderinokun, Segun Agbaje will be confirmed as the managing director of GTB.

“With a deep sense of loss, but with gratitude to the Almighty God, we write to notify you of the passing on to eternal glory of our dearly beloved Managing Director/Chief Executive Officer, Mr. Tayo Aderinokun. Mr. Aderinokun who had been on Medical Leave, passed on this afternoon, Tuesday, June 14, 2011, in the United Kingdom”.

“During his time as Managing Director, the Bank witnessed tremendous progress and growth and had emerged over the years as an industry leader, pacesetter of unique and progressive innovations in the banking industry. The Bank is now easily acknowledged and recognised as one of the most profitable and professionally managed corporate institutions in Nigeria and has been the recipient of several awards for exemplary corporate governance practices and excellent customer service”.

“In addition, Mr. Aderinokun was also the recipient of numerous awards as an acknowledgement of his sterling leadership role in the achievements of the Bank. The awards include ‘Banker of the Year’ at the inaugural ThisDay Awards in 2006, Most Respected CEO by PricewaterhouseCoopers in 2008 and ‘African Banker of the Year’ by the “African Banker” magazine in September 2009. He was also a recipient of the National Award of Member of the Federal Republic of Nigeria (MFR) and a Fellow of the Chartered Institute of Bankers, Nigeria (FCIB)”.

The managing director and co-founder of Guaranty Trust Bank, Tayo Aderinokun, has died. He was 57. Mr Aderinokun, who was on medical leave for some months, died in a United Kingdom hospital on Tuesday afternoon, a press release from the bank's corporate affairs, communication and external affairs division said.

His last major outing was online at a question and answer webcast session with customers and the general public on January 11.

"We have no choice than to accept what has happened," said Bode Agusto, Mr Aderinokun's brother-in-law who spoke on his way to the airport to board a flight to London to finalise arrangements and convey the corpse back to Nigeria.

"We can't judge God," said Mr Agusto. "The wife and two kids are in England. One more kid is in Nigeria. There are no burial arrangements yet. We have lost a national asset. He would be remembered not only for his very high intellect, his significant contribution to his chosen vocation and even to other people and areas of life. He will also be remembered for his school, the Day Waterman College, a co-educational boarding school for children."

During Mr Aderinokun's time as managing director, GTB witnessed progress and growth and had emerged over the years as an industry leader and a pacesetter of innovations in the banking industry. It is now easily acknowledged and recognised as one of the most profitable and professionally managed corporate institutions in Nigeria and has been the recipient of several awards for exemplary corporate governance practices and excellent customer service.

Mr Aderinokun graduated with a first degree in Business Administration from the University of Lagos. He went on to obtain an MBA with a special concentration in International Business from the Graduate School of Management, University of California, Los Angeles. He had Credit and Relationship Management training at the Chase Manhattan Bank Institute for International Banking, New York, USA between 1982 and 1983. He started work with the Central Bank of Nigeria in Calabar, Cross River State where he did his National Youth Service between 1977 and 1978. He worked with Chase Merchant Bank Nigeria Ltd (later renamed Continental Merchant Bank) from 1981 to 1988. He was at Prime Merchant Bank Ltd (1988 and 1989) as an assistant general manager rising to the position of head of the financial services division of the bank. In 1989, he set up a non-bank financial institution, First Marina Trust Ltd., which he ran for a year. In 1990, he co-founded Guaranty Trust Bank where he served as deputy managing director before assuming office as managing director/chief executive officer in August 2002. He was responsible for strategic policy direction as well as day-to-day administration of the bank. He was a fellow of the Chartered Institute of Bankers (CIBN) and also a recipient of numerous awards as an acknowledgement of his sterling leadership role in the achievements of the bank. He was also a recipient of the National Award of Member of the Federal R

Permalink Reply by ayowole on June 15, 2011 at 9:49am
Mam his soul rest in peace and God should be with all is family and guide them in al their doind

Permalink Reply by Akinkusote on June 15, 2011 at 1:39pm
In the bossom hands of God shall you place your rest.

Permalink Reply by Oge Joy Paul on June 15, 2011 at 2:39pm
God knows every thing, may his gentle soul rest in bosom of the Almighty God Amen

Permalink Reply by Moses K Tawose on June 15, 2011 at 4:47pm
May his soul rest in perfect peace. He has finish the race while he run his cause as destiny bestowed upon him with a legacy left behind.Sleep on and rest in bosom of your creator~~~~~~~Adieu Tayo Aderinokun!!!

Permalink Reply by hadeyemo yeancah on June 15, 2011 at 4:58pm
we love u,but d Almighty God love u most,Forever u will alwayz be remember in our HEART.Till we meet again.(R.I.P)

Permalink Reply by bukola olayiwola on June 16, 2011 at 10:38am
till we meet again i mis you may you rest well in jesus name amen.

Gb updated their profile
17 hours ago