since the heart supplies blood through a series of arteries and capillaries to every single part of your body then yes, there would be a path of artery leading from the heart directly to the left fourth finger, but there would be nothing actually special about that because a similar path can be followed to every finger and toe on the human body.

Scientists like moi i am sorry to say have discovered there is no vein of love in the fourth finger of love . Many married African 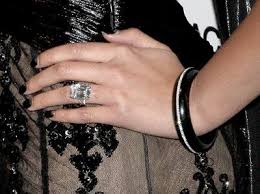 couples get shocked to find out the origins of this tradition they follow so strongly thinking it might be non african :

Vena amoris is a Latin name meaning, literally, "vein of love". Traditional belief established that this vein ran directly from the heart to the fourth finger of the left hand. This theory has been cited in western cultures as one of the reasons the engagement ring and/or wedding ring was placed on the fourth finger, or "ring finger".
The earliest use of jewelry to signify a bonding was often literally chains and bracelets. This evolved to the use of the symbolic ring. In ancient Egypt, the Sun and the Moon Gods were feared[citation needed] and worshipped. A ring was a symbol of these spirits[citation needed], both of whom were also related to the home and hearth[citation needed].

The endless circle showed the eternal nature of the bond, while the open center was meant to be a doorway to things unknown[citation needed].
This tradition was later assimilated by the Greeks[citation needed], after Alexander the Great conquered Egypt in 332 BC. Up to this time betrothal rings were generally made out of hemp, leather, bone, or ivory. In early Rome the use of metal rings gradually began to take over from these materials, and the metal of choice back then was iron. Gold and silver rings were given on rare occasions, to prove that a man trusted his wife with his valuable property.
The earliest known occurrence of the phrase vena amoris was from Henry Swinburne, whose sole work appears to be the puritanical "A Treatise of Spousal or Matrimonial Contracts" published in 1686. He cites unidentified ancient sources and purports an Egyptian connection;  which refers to the Roman story of a vein connected to the heart.
The choice of finger is also less than settled until recent times; during the 17th century in England it was not unusual to wear the wedding ring on the thumb.[1] Gauls and Britons wore their rings on the middle finger,[2] and the choice of right or left hand appears relatively dependent on culture; though cultures that use either the right or left ring finger both claim a historical connection to the vena amoris. The use of wedding and betrothal rings was not commonplace in the Roman Empire until the 2nd century; which also contradicts versions of the story which claim that this tradition was brought to Rome in the 3rd century BC.

The wedding ring, that most famous and instantly recognizable symbol of the
(hopefully perpetual) joining of a man and a woman as husband and wife in the
institution of marriage, has a long, wide spread and mysterious history. Its
beginnings lie in the deserts of North Africa, where the ancient Egyptian
civilization sprang up along the fertile flood plains of the river Nile. This
river was bringer of all fortune and life to the Pharaoh’s people and from
plants growing on its’ banks were the first wedding rings fashioned. Sedges,
rushes and reeds, growing alongside the well-known papyrus were twisted and
braided into rings for fingers and larger bracelets for wrists.

The ring is of course a circle and this was the symbol of eternity for the
Egyptians as well as many other ancient cultures. It had no beginning and no
end, like time. It returned to itself, like life; and the shape was worshipped
in the form of the Sun and the Moon. The hole in the center of the ring is not
just space either; it is important in its own right as the symbol of the
gateway, or door; leading to things and events both known and unknown.

It is not difficult therefore, to see how the ring and the gift of a ring
began to be associated with love, in the hope that this most worthy of emotions
could take on the characteristics of the circle and capture eternity.

They wore it like we do today, on the third finger of the left hand, because
of a belief that the vein of that finger directly traveled from the heart. This
legend was later taken up by the Greeks, when they conquered Egypt under the
generalship of Alexander the Great in 332 B.C. and from them passed onto the
Romans, who called this the ‘vena amoris’, which is Latin for ‘the vein of
love’. 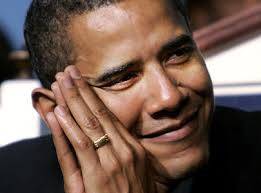 These early rings usually lasted about a single year before wear and tear
took their inevitable toll. Hemp was probably the first choice, but some decided
that they wanted a longer lasting material, and opted for leather, bone or ivory
to craft their token of love.

Bad Luck if it's Not Made of Gold

Indeed, it was thought in Irish folklore to be bad luck or even illegal to be
married with a ring made of anything but gold. But this was never so in
actuality and, like elsewhere many different metals were used. A gold ring
though, was often provided for weddings throughout Europe for those who could
not afford one, (and immediately reclaimed afterwards).

Other world superstitions include the absolutely essential point of making
sure the ring is a perfect fit, for woe betides the future of the marriage if it
isn’t. A too-tight ring might point to painful jealousy or the stifling of one
party by the other. Too loose, and a parting of the ways through careless acts
or forgetfulness is indicated as a future danger to watch for.

The Church of England holds no brook with this however, and does not concern
itself with the size or material of the ring so long as it is there. An irony,
and a change of heart for sure, as the early Protestant puritans claimed that
wedding rings were pagan and not to be used by the Godly. They were further
enraged on the subject by a Catholic legend that Joseph and Mary had used one
constructed either of onyx or amethyst; and that various churches in Europe had
throughout history claimed to hold the ring (which was capable of performing
miracles) to attract pilgrims to their vicinity to spend money and hence
increase the wealth of the competing abbeys.

Today, almost all Christians accept the wedding ring, (a notable exception to
this being the Quakers), doubtlessly helped by the christianization of the old
vena amoris tale. Whereby in middle ages England, the bridegroom would slip the
ring part way up and then down his bride’s thumb, then first and middle finger,
reciting: ‘In the name of the Father, the Son, and the Holy Ghost’ as he touched
each one before fixing it in place on the next finger in line; the third finger
of the left hand.

Why the Left Hand?

Well, in some parts of continental Europe it is and always
has been the right. There doesn’t seem to be any particular reason that the
Christians should have mostly kept this the same as the original. But one
thought is; as the man, facing his bride, reaches straight out with his right
hand (most people are right handed) he naturally touches her left. As she does
his, as now, with more and more men wearing one also, when the rings are
exchanged.

This is a modern practice begun mostly during the second world war, a
consequence of increased numbers of men being separated from their loved ones
and seeking a cheering reminder. This almost happened earlier in history, with
the advent of the gemmal ring, alternatively spelled gimmal or gimmel. This was
two or three decidedly ornamental links, usually with hands and hearts or knots,
fastened together by a hinge, or interlocking like the Olympic rings, and being
capable of joining into one. At betrothal, they would be separated, with one
given to the woman, one kept by her lover, and if present, the third held by a
witness until the wedding day when all would be reunited and henceforth kept by
the bride.

Back to fingers though, and the thumb briefly challenged the accepted norm in Elizabethan days as fashionable ladies deemed to wear their wedding rings there, but this did not last and so today it is as it was in the beginning, just like a circle really, or a ring.

How much anatomy was known in those ancient times? All veins of the arm funnel through the subclavian vein, so the claim is incorrect. But if it sells you a ring, a jeweler will swear by it.

Three Dead, Dozens Wounded As Train Derails In US

At Least 50 Dead As Fighting Intensifies For Yemen’s Marib