The house of Tunde Bakare, the running mate of the presidential candidate of the Congress for Progressive Change (CPC), Muhammadu Buhari, caught fire on Friday.

The fire razed the top floor of his house at Biodun Close, off Henry Adefowope Crescent in Awuse Estate.

The fire, NEXT learnt from neighbours, started around 2pm and was…

The letter that killed ACN/CPC alliance

The refusal of Tunde Bakare, the vice presidential candidate of the Congress for Progressive Change (CPC), to sign a postdated letter of resignation, has been largely blamed for the collapse of the alliance talks between the CPC and the Action Congress of Nigeria (ACN). NEXT has obtained an exclusive copy of the contentious letter. Had Mr Bakare signed the letter, dated June 7, 2011, the clergyman would have been under compulsion to…

The Muslim who risked all for his Christian neighbours

As the rampaging youth pursued the woman into the street, men dragged their wives and children inside and locked their doors. The rioters finally caught up with the screaming woman and began to beat her; they tore up her clothes and pushed her to the ground. Then they raised her up again and were dragging her off when a slightly built man in caftan and skull cap approached, shouting at them to stop, his arms flailing. Men looked out… 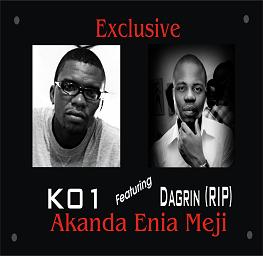 Youth Corpers Boo Lying DG: Says “We Want to Go Back Home, to Our Parents”

It began with the December 8th bomb blast in Suleija, Niger state, in which three youth corpers were killed. Confirming the death of the corp members, Babangida Aliyu, governor of Niger state, said,
“It is indeed most unfortunate that the Friday Bomb explosion in Suleija claimed the lives of 11 people, including three (3) corps members on ad-hoc duties with INEC, who had gone to verify their postings for the National Assembly Election, and left 30 people… Continue

News wires reported Wednesday that the late Nwosu had fallen into coma and was on admission at a Military Hospital in Yaba, Nigeria but he passed away Thursday morning.

According to reports, colleagues of the late actor, including Mike Ezeruonye and Omotola Jalade-Ekeinde, have confirmed the death.

THEY never knew that evil was on the way. All was calm in the neighbourhood, although the news had been broken that rioters were on the rampage in the city.

Suddenly, it got noisy and rowdy outside the building where no fewer than 50 National Youth Service Corps (NYSC) members huddled together, feeling safe, away from the madness that had seized the city by the… Continue

A statement issued late on Tuesday by U.S. Secretary of State, Hillary Clinton wished Jonathan well “in meeting the…

Kumuyi cancelled the annual Easter Retreat of the church, the first time in over 30…

Bishop "Tunde Bakare" : Why are Christians being killed because of an issue which is purely political

Note:Bishop Tunde bakareis not Pastor Tunde bakare of CPC VP...they are not the same persons. Please take note. Also note that what Bishop Tunde said is the real fact...cant you see the number of xtians being killed and churches burnt,

Lecturers, students, others killed in Kaduna

The violence that broke out in Kaduna metropolis and Zaria on Monday has spread to Kafanchan and Zonkwa in the southern part of the state.

On Tuesday in Samaru,…

Ex-soccer star, John Fashanu has taken another plunge into matrimony. The choice of the former footballer turned businessman this time around is Mrs Abigail Igwe, a legal practitioner and mother of ex-beauty queen, Adaeze Igwe. Sources reveal thet the two legally married at an Abuja marriage registry not too long ago after dating quietly for a while. Sources disclosed that they made the decision to be husband and wife with their children consenting to the move.… Continue


Indeed, the Nigerian woman is intricately beautiful and should be cherished like a fragile vessel of very high value. Any wonder why various literary pieces, music and movies extol the virtues of womanhood?

Sadly, women have not always been so favoured especially in Nigeria… Continue

KADUNA-BURNT corpses with machete wounds lay in roads and smoke rose above the city where rioting broke out again, Tuesday, among opposition supporters who were angered by the announcement that President Goodluck Jonathan had won the election.
On the outskirts of the city, burnt out minibuses and cars littered the highways, and at least six charred bodies could be seen. Skull caps and sandals were strewn nearby, left behind by those who frantically fled amid the… Continue

For requesting for the autonomy of the Ogun State Sports Council, a judo coach, Olakunle Ogidan, yesterday suffered a broken neck and shoulder, after he was allegedly beaten on the orders of the state’s sports commissioner, Bukola Olopade. The coach who was later rushed to the State Hospital, Abeokuta after his plight in the hands of Olopade, said he was lured into a meeting at the commissioner’s office at the Moshood Abiola Stadium,… Continue

The Lagos State Police Command has arrested a prophetess and her husband for allegedly defrauding a member of their congregation.
The suspects, Ngozi and Emmanuel Okoli, were arrested on April 18 by officers of the Ejigbo Police Station following allegations by a widow, Theresa Onuoha, that the prophetess and her husband allegedly hypnotized her and collected her family inheritance.
The suspects are the founder of God Covenant… Continue

Okotie: Presidential election was a sham,

The national chairman and presidential candidate of Fresh Democratic Party, Chris Okotie, has condemned the presidential election held last Saturday, describing it as a sham and calling for an interim government.


At a press conference held at the party's secretariat in Lagos yesterday, Mr Okotie said that his party had rejected the announced result because the Peoples Democratic Party had rigged the election in a disguised… Continue


The court also declared that Aminu Bello Masari, the former House of Representatives speaker, was the party's governorship candidate in Katsina… Continue

Gay revision of the Bible to go on sale!

Move over Adam and Eve.  Here comes Adam and Steve, as well as Samantha and Delilah.  A newly revised gay-friendly Bible is set to go on sale in the next few weeks.  Reaction to the announcement has been met with venom from conservative Christian groups.

Hundreds arrested after deadly riots in the North. At least 80 dead . REUTERS

At least 80 people have been killed in major cities alone, hundreds injured and thousands displaced by the violence after Jonathan won Saturday's vote. His rival, northerner and ex-military ruler Muhammadu Buhari, says the result was rigged.

Those perceived to be supporters of the… Continue

Jordan Henderson’s Injury “Not Nothing” According to Jurgen Klopp