Caged in the human zoo: The shocking story of the young pygmy warrior put on show in a monkey house - and how he fuelled Hitler's twisted beliefs

His ebony skin stood out in sharp contrast to the white crowd pressing to get a better view.

The young African boy bared his teeth at the men and women staring at him through the bars. They were sharpened into dagger-like points, making him appear all the more barbaric to the ignorant hordes.

Above the cage hung a sign proclaiming: 'The Missing Link.' A baby chimp sat disconsolately at the bottom of the enclosure, a single companion to the boy.… 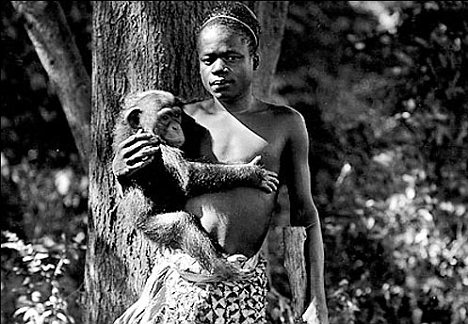 Nigeria defeats Argentina 2-1, wins Group A, advances to Second Round

Nigeria defeats Argentina 2-1, wins Group A, advances to Second Round

After going a goal down early against Argentina in their final Group A game in Bauchi, hosts and holders Nigeria stormed back to win 2-1 and book their place in the knockout stages as section winners. Argentina, who went into the game already assured of qualification, will have to settle for second place. 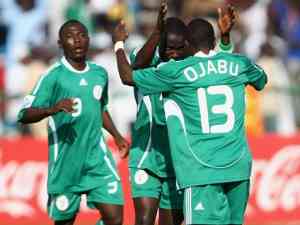 National Agency for Food and Drug Administration and Control (NAFDAC) has sealed off a popular fast food outfit, Sweet Sensation Confectioneries, for operating under a condition considered inimical to the health of the public Director General of the agency, Dr. Paul Orhii, who revealed this at a press conference yesterday, said the eatery located at 14, Town Planning way, Ilupeju, Lagos, was operating under very unhygienic conditions.

Speaking on how the closure was… Continue

resurrected by Tony Award winning director, Bill T. Jones in a manner that makes the legend more accessible to Western audiences. For those who are unacquainted with his music or reputation for being a thorn in the flesh of military rulers and despots in Africa and around the world, this production does a lot to educate while entertaining with memorable beats and the signatory blare of the saxophone. 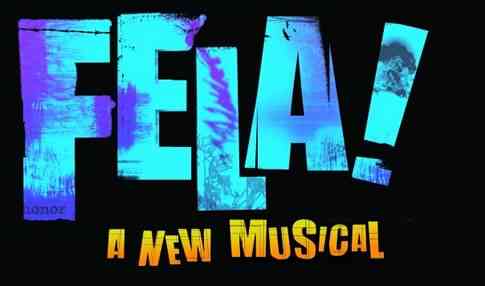 The Sudanese government has apologised to Nigerians and the Senate President, David Mark, for shutting its airport in Khartoum against him and his entourage on Monday.

The United Nations (UN) and the African Union (AU) have also apologised to the Nigerian government over the incident. In separate apologies, the Sudanese government and the two international unions said investigation has begun into the circumstances that led to the “mishap.” Ghazi Salahudin… Continue

Nigeria's Kachi Ozumba has been named as the winner of the Africa regional prize of the 2009 Commonwealth short story competition. His story, "The One-armed Thief", was adjudged as the best from the region in the yearly competition. Three other Nigerians were named in the "Highly Commended" category. They are Ayobami Adebayo for his story "Dreams"; Akinwumi Akinwale for "LIFO" and Mbofung Carlang for "The Father's blessings".

The overall prize was won by Jennifer… Continue

The cut is part of a larger "Transition 2009" restructuring programme. It envisages that 10 per cent of the company's 102,500 global workforce will be affected.

"We continue to focus on improving our competitive cost position, simplifying Shell, and increasing personal accountabilities. The Transition 2009 programme, which I announced earlier this year, is… Continue

Are we Dreaming or is Bode George Really in Prison in Naija ? Well, All Mustapha (who is still there for Kudirats' Alleged Assasination !) welcomed him to his domain .....Boy George's Newest wife was there to offer him some breakfast comfort with her cronies ..Now the Cat is out of the house , the "mouse" wants to make sure where he is ... READ ON !
* Shuns prison food

* Visitors barred from seeing him

A female member of the National Youth Service Corps (NYSC) in Niger state, has been reportedly strangulated to death by her male colleague . Nigerian Tribune learnt that the deceased and her assailant were both from the South Eastern part of the country.

It was a show of shame on Sunday when a woman who lied to her husband that she was going for a night vigil died in a popular hotel (names withheld) during a sex romp with her lover.

The mother of seven identified as Modinat Alabi, 45, of Ereko Street, Fadeyi, Lagos, had lied to her husband a devout muslim that she was going for a night vigil but ended up lodging in a hotel with one Hezekiah Ladipo, 62, who also lives in the same street with the… Continue

The Golden Eaglets improved their chances of making it to the knockout rounds of the FIFA U-17 World Cup when they defeated Honduras 1-0 last night at the National Stadium in Abuja. And with Germany losing to Argentina, all the Nigerians now need to advance to the last-16 is a draw against the Argentines on Friday at the Tafawa Balewa Stadium, Bauchi.

The game’s only goal arrived after 53 minutes, courtesy of Abdul Ajagun, whose curling effort proved more than a handful for Honduran… Continue

The father of the former governor of the Central Bank of Nigeria and PDP governorship candidate in Anambra State, Charles Chukwuma Soludo, has been kidnapped.

The old man was kidnapped around 7pm yesterday at his Isuofia home in Aguata local government area of Anambra State. The kidnappers were said to have "stormed" his house in a Peugeot 406 car, according to sources close to his family.

At the time of the kidnap, Mr. Soludo, was in Abuja working with his lawyers seeking… Continue

Golden Effects & DJAMEDIA in conjunction with
Africa At The Pictures

My first encounter with Mr Kunle Afolayan‘s work was during the build up to his debut as a Producer/Director with the movie “Irapada”. I attended the premiere and managed to sit all the way through the movie without getting up for extra pop corn refills or toilet breaks. To me this was the first sign that something about the talent behind the movie caught the attention of many. The… Continue

Death is Better Than Divorce

Even though divorce is common, it’s worse than death of a spouse .It does a terrible devastation. If your partner dies, you face many losses, but he or she didn’t chose to leave you(except in the case of suicide).He never slam the door in your face, nor scream at you, or quietly live a double life of lies. People come over to express their sympathy come to you. Insurance settlements are quickly paid. Others come with cookies and goodies just to condole you. And, a dead spouse ghost doesn’t… Continue

A Nigerian and his Indian (Punjabi) wife were arrested with more than four-gram smack at a naka in Mundi Kharar on Tuesday. The Nigerian has been residing in Mohali since eight years after coming here on a study visa. The car in which they were travelling has been impounded. After registering a case under various sections of the NDPS Act, both were produced in a local court which sent them in judicial remand,Times of India reported.

Advise me: my husband jilted me for my friend and met his end, she died also .am I to blame ?

It is a strange world we live, where friends snatch their friends' husband Our writer today needs your advice to go on with her life after her husband left her… Continue

I'm sorry if you think I'm crazy, but this is in response to a question that SHE asked me in the previous post, and I totally went off point and began to ramble about Igbos and Yorubas having boots long before the Europeans showed up.

Anyway, I promised I would find a picture because I had come across a pair of Yoruba boots in an obscure African museum once and I found it!!!! 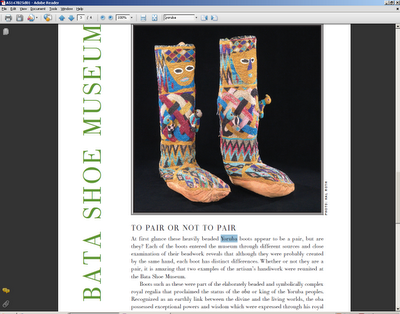 Bankole to Niger Delta: your leaders failed you

Bankole to Niger Delta: your leaders failed you
House of Representatives Speaker Dimeji Bankole yesterday hit Niger Delta leaders hard, saying they should carry the can for the crisis in the region, which he said they failed to develop inspite of the huge funds they got in the last 10 years.
He spoke at a national summit on Post Amnesty Confidence Building in Kaduna.
To Bankole, it is true that Nigerians were not fair to the Niger Delta before the advent of the current democratic… Continue