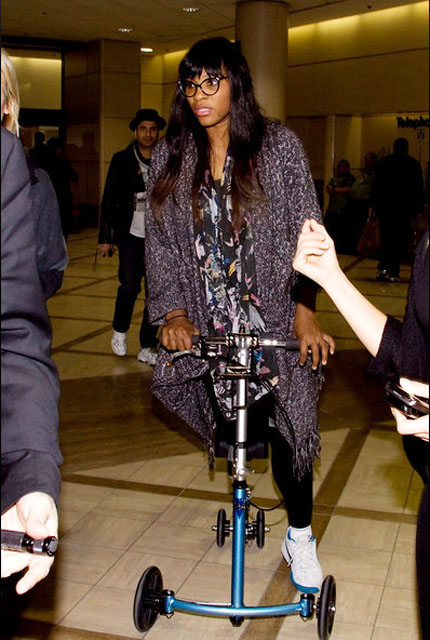 The incredible success of Jenifa, a movie she wrote and released on Olasco Films Limited ushered her on to the national stage and also opened the floodgate of other pictures from her Scene One Production stable.

Not only did Jenifa catapult Funke Akindele aka Jenifa to Nollywood centre stage, it also fetched her series of awards including the prestigious Best Actress of the… Continue

Kenny Ogungbe: I've produced more albums than anybody in Nigeria 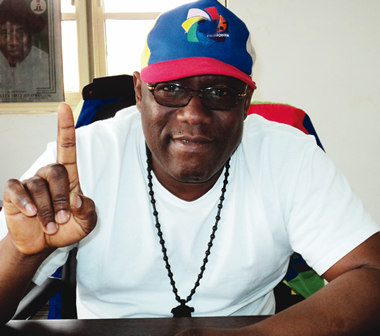 From the Ogun State Broadcasting Corporation to RayPower 100.5 FM, Kennis Music, and now Rainbow 94.1 FM, how would you describe your life as a broadcaster? The Teju Babyface Show on Silverbird Television is hosted by comedian, Teju 'Babyface' Oyelakin. Going by the previous attempts by comedians to present shows on TV, I'd have given this programme a miss. I had more or less given up on watching something that would be actually funny, a show which would mix the right amount of humour/comedy/politics/entertainment and…

Nobody gave me N50m as compensation ... I Go Dye

Francis Agoda, the comedian fondly called I Go Dye is understandably peeved at the moment. After being assaulted by military men at a political rally organised by the Delta State Governor, Dr. Emmanuel Uduaghan, at the Warri township stadium on January 4, the comedian had demanded a public apology from his assailants, the state government and the campaign team of Uduaghan which contracted him to perform but allegedly failed to provide security for he and his colleagues.

Reggae Artist Bleaches His Skin, Says It's No Different Than Tanning!

Formerly brown-skinned reggae artist Vybz Kartel is walking around about five shades lighter to the shock and dismay of his fans.  Get the deets on how Vybz went from cocoa to butter pecan inside...

Vybz Kartel, a Jamaican Reggae and dancehall artist, recently lightened his skin and it's not going over well with his fans.  For his part, Vybz says his skin lightening is similar to…

Returning Golden Globes host Ricky Gervais did indeed let it be known that he wasn't going to hold back in skewering Hollywood's most famous celebrities. And, in what will undoubtedly be his last hosting gig for the Hollywood Foreign Press Association (and, who knows, maybe any Stateside awards) he didn't disappoint.

But in the process of making searingly funny jokes at more than just the obvious targets (Charlie Sheen, Mel Gibson, the HFPA itself), the… Continue

Empire Mates Entertainment has released the music video to the now viral single by Wizkid, ‘Tease Me'. The video which debuted on notjustok.com yesterday Sunday January 16 2010, will be the second official video from the young singer.

The video plays around with the concept of introducing the 21 year-old into adulthood and as a treat, receives a private strip tease at some club. The video features cameo appearances from label boss,Banky W, Sauce Kid, MI, Ice Prince, Dr.SID, Wande… Continue

Rappers have been known to influence interest in fashion trends, alcohol brands, and luxury automobiles. This week hip-hop mogul 50 Cent added the stock exchange to the list.

In just one day, 50 Cent's promotion of the publicly traded H&H Imports, Inc. raised the company's stock price from .10 to .39 per share.

The G-Unit head urged his 3.8 million Twitter followers to invest in the company. "TVG's stock went from 5 cent to 10 in one day,"… 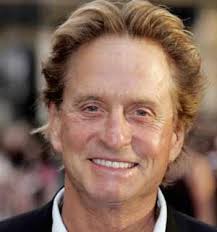 The star, who won the Academy Award for Best Actor for his work in the 1987 film "Wall Street," was first diagnosed with a throat tumor last August. After months of radiation therapy,… Continue 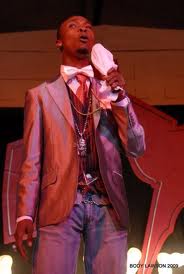 Popular comedian, Francis Agoda (I go dye) has the intervention of veteran comedian, Ali Baba to thank for saving his life on Tuesday as military men on guard at the Warri township stadium venue of Uduaghan re-run campaign almost beat life out of him and his compatriot, Ogus Baba. According to an eyewitness, the…

The Discovery television network on Friday said it has cancelled plans to air a reenactment of the autopsy on Michael Jackson’s body, citing an upcoming court hearing and concern by the late pop star’s estate.

The show, ‘Michael Jackson’s Autopsy: What Really Killed Michael Jackson’, had been set to air in several countries of western Europe and in the United Kingdom on January 13...

“Given the commencement of legal proceedings beginning next week, and at the request of… Continue 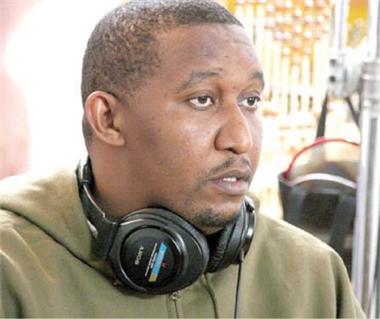 If the name Lonzo Nzekwe does not strike you in anyway, the movie, Anchor Baby, one of the best ever to have hit the Nollywood scene, would definitely ring a bell. This may be due to its popularity in the media or its engaging and biting climax, in case you have been lured to the cinema by the movie.

But for a man, who says, “I am just a self-taught producer and… 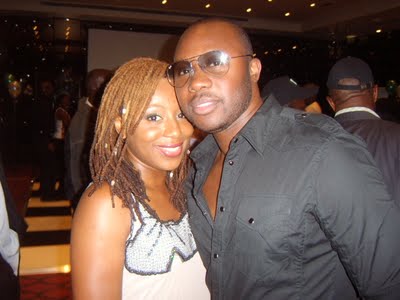 
Finally after about 4 years plus of dating, the first son of billionaire business man (CHIEF HARRY AKANDE)-Olumide Akande and notable thespian and dreadlock wearing Dakore Egbuson have decided to cement their relationship, and the D-day is January 16,2011,and the way its been planned, without an… Continue