The Worst Ever Naija Scammer Ever Tobechi Onwuhara the Wash Wash King ! 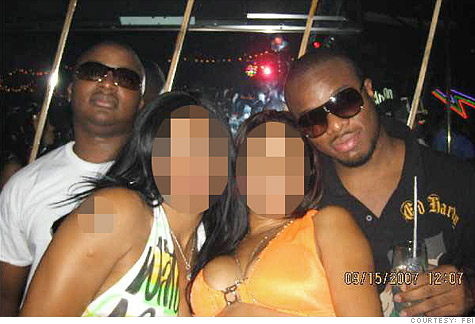 Tobechi Onwuhara (right) at a Dallas nightclub with Ezenwa Onyedebelu. FORTUNE -- A luxury suite at the W Hotel in Dallas is as good a place as any to conquer the world. At least it seemed…

Against all odds, a beggar who gained admission to the University of Lagos in 2006, Mr. Abdulsalam Idowu, was part of the 8,209 students that graduated from the university last Wednesday. SEGUN OLUGBILE, who covered the event,…

Footballer Nabbed by NDLEA at MM Airport for 8,400Kg of Heroin

A passenger, Nwobodo Ikechukwu, 32, on Emirate flight from Bangladesh has been nabbed in connection with unlawful importation of 8,400 kilogrammes of substance that tested positive for heroin at the Murtala Mohammed International Airport (MMIA), Lagos.…

Where are Naija's beauty Queens Now ? ...Those who are now Mrs

By JOSFYN UBA and KATE HALIM

Marriage is not very commonly seen in the priority list of many Nigeria’s beauty queens. Where marriage is possible at all, they end up playing second fiddle. Most often than not, becoming visible spare parts for highly placed men in the society is their regular beats..

Former beauty queen, Helen, is the CEO of Media Business…

Mad Doctor Kills 7 Babies With Scissors in Hospital of Horrors

She is Sleeping With her Inlaws


I am like I said doing something abominable and I know. But I cant help myself. I am an existing member of this very popular "website" but I cant post this using my original ID for fear of the stigma cos some of friends in school knows me online.

I am 23yrs old and I am sleeping with my two elder sisters husbands. I am the last girl in a family of 4, 3 girls & a boy. The boy is the oldest. The most painful…

The former vice president, Atiku Abubakar has put an end to his 2011 presidential campaign by formally shutting down the Atiku Campaign Organisation. Mr. Abubakar, who announced the closure at the 1, Luanda Crescent, Wuse II, Abuja office of the organisation, however told the members of staff of the organisation gathered there that he was not a quitter and that anyone who thinks otherwise is making a mistake. "As you all know, the…

A Senior Magistrate’s Court sitting at Karu, Abuja, was yesterday told how a 25-year-old carpenter, Godwin Aboye, got enticed with the appearance of a lady that stood in his front at a voters’ registration queue and discharged sperm on her dress.


Police prosecutor, Francis Udofia, told the court that on January 19, one Simi Maikasuwa of Karu village reported to the police that while she was on queue during the voters’ registration exercise at ECWA Church in…

The FBI calls it the biggest mafia round-up in New York history. More than 100 suspected mobsters are being arrested this morning in connection with numerous federal investigations into New York area mob groups as first reported on NBCNewYork.com.

FBI agents along with NYPD and State Police officers, and US Marshals were conducting raids that…

"Lazy" Women: The Gadget That Should Have Never Been Invented Breast Pumps 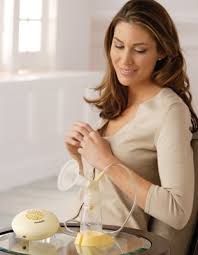 the progress of civilization that will leave a mark in Humanity forever. This utterly ridiculous contraption is not one of them.
Breast pumps are great for moms and babies, but this thing just goes beyond useful to get straight into idiotic territory for lazyasses with no sense of dignity and self-respect. And the perfect blonde who…

As the voters’ registration continued on its fumbling note into day three yesterday, the Independent National Electoral Commission (INEC), attributed the inefficiency to low knowledge of the corps members who were deployed as registration officers. The Commission, while apologising to members of the public for the delay and general inadequacies attending the exercise across the federation, said “we are sorry but we will continue to improve.”

Featuring on a political programme,… Continue

Residents of Gowon Estate area of Lagos woke early Tuesday to the startling discovery of a young lady on the roof of a three-story building...

The lady, who refused to give her name, claimed she was a witch on a mission. She further revealed that she flew from Obubra in Cross River State, to afflict her victim with epilepsy in Lagos. However, her supposed mission was not accomplished because, according to her, on reaching 4… Continue 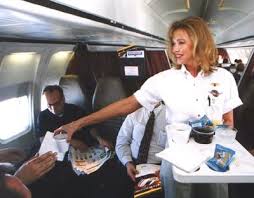 Portuguese air stewardess Vera Silva was caught off guard when her boyfriend proposed during a flight from Lisbon to Barcelona, after booking himself a seat on the plane...

Joao Vieira told his girlfriend he was taking a business trip and planned the romantic gesture with the help of the crew, but it was a pleasant surprise for the passengers who cheered on the happy…

Portuguese air stewardess Vera Silva was caught off guard when her boyfriend proposed during a flight from Lisbon to Barcelona, after booking himself a seat on the plane...

Joao Vieira told his girlfriend he was taking a business trip and planned the romantic gesture with the help of the crew, but it was a pleasant surprise for the passengers who cheered on the happy couple.

Thank God it was not on Aero Contractors or…

Black Axe vs Eiye Cult 5 confirmed killed, more than 15 on critical list others injured in clash 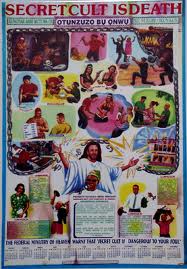 Five persons have been reportedly killed at the weekend while several others were seriously injured in a bloody clash in three different locations between two rival cult groups, the Eiye and Black Axe in Benin, the Edo State capital.

Daily Sun gathered that the victims were killed during a quarrel, as one of the groups was sharing money allegedly given to them by politicians during the conduct of primaries by one of the…

Large-scale irregularities and imposition of candidates in the recent primaries for state and national assembly contestants by the Action Congress of Nigeria in Edo state may lead to mass defection of members to other parties, especially the People's Democratic Party, a leader of party in Esan Central, Matthew Emiohe, has said.

Mobile Police to be withdrawn from banks, 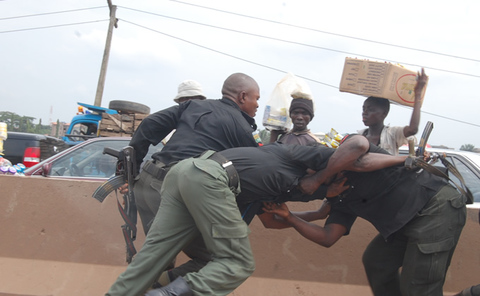 By Kingsley Omonobi
ABUJA — Following the determination of the current Police administration to restructure the Mobile Police Force, PMF, the Police hierarchy has concluded plans to withdraw all Mobile Policemen from banks, cooperate organisations and individuals...

Consequently, the Police authorities have directed all banks, corporate organisations and individuals, who hitherto have been making use of mobile policemen, to…