REVEALED ! : WORST DEBTORS IN NAIJA !You will be SHOCKED ! Richest Man in Naija among

ANalysis by Oluwafolabomi on Aug 19 2009

I would like to note a few interesting facts.
1. Access Bank managing and deputy managing director are owing N16 Billion in a personal capacity while hounding Femi Otedola who owes through a company...pot calling the kettle black.

2. Fola Adeola, founder of Fate Foundation, and a shareholder in… Continue

Obalende is known for heavy traffic of people and vehicles. Barely 10 metres from him were two police officers directing traffic. When asked why the man was left unattended, a female officer, who… Continue 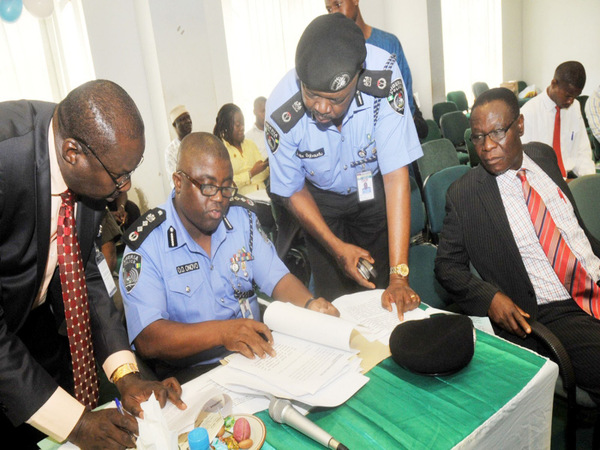 Thou shalt not commit adultery ! Whether this ia hoax or not there are varying views to the veracity of this gist so for now we are not publishng these photos


another version of the story
Yeah,

What you are seeing is disgusting. Both are Zain Uganda staff and are married to different people.The man's name is Basilio Sadindi and he is currently the Operations Director of Zain Uganda.… Continue

In every endeavour there comes a time of doubts and casting down a time of unbelief a time to marshall the troops and point them in A direction by giving a rallying Cry given by the top protagonists .In the battle field it is often the Decisive factor in who wins the war.A great Shout brought the Walls of Jericho Down !