The images apparently show the man, who is a student at the university, and a woman cavorting in a variety of sexual positions on top of the school's 12-storey Waite Phillips Hall in…

Donald Trump now sees himself as something of a patron saint for the birthers – and he's even released his own birth certificate as he steps up criticism of the president.
Continue Reading

Seeking to pump more energy into the birther movement and quirky chase for the White House, Trump on Monday provided a copy of his birth certificate to the conservative website Newsmax – which has played a leading role in trumpeting birther… Continue

9ice has a baby ? shhhhh it is unconfirmed !

Sources close to 9ice tell us the singer -who’s separated from his wife Toni Payne – has been a regular visitor to Abuja, since Bukky – a fair-complexioned older woman – took in last year.

The relationship has never been public, even though those close to the singer are well aware they’re seriously dating.

We cannot tell for now, if the pair is planning to get married; especially as 9ice and Payne are still legally married.

she’s a fair-complexioned lady with…

American Cities That Are Running Out Of People Naija Take note for 2011 emigration plans ! American Cities That Are Running Out Of People
They will soon beg Naija to come to America just like the Movie !
The population of the United States has increased steadily by roughly 2.5 million people every year since World War II. Throughout prosperity and hard times, Americans continue to…
Continue

Mahmoud Ahmadinejad has received a $1million bid for his 34-year-old car, only a day after it was put up for sale.

The Iranian president, who is auctioning his 1977 white Peugeot sedan to
raise money for a low-income housing project, has been made the offer by
a foreign source.

The project is aimed at disabled and young…

Korean Crisis: How do you solve a problem like Korea? China ! that it’s in its own interest to rein in the Kims

IF EVER a ruling elite seemed to justify the Bush-era doctrine of “pre-emption”, it is the Kim dynasty in North Korea. No government anywhere subjects its own people to such a barbarous regime of fear, repression and hunger. And the Kims are complicit in international outrages ranging from murderous terrorism and nuclear proliferation to drug-smuggling and currency-counterfeiting. The present dictator, Kim Jong Il, is apparently not long for this world, and seems to be boosting his 27-year-old… Continue

EVERY four years, just before newly elected state and federal governments take over, Rio de Janeiro’s drug gangs start to throw their weight around. This time has been no exception. Just over a week ago, they began hijacking cars and buses, ordering out their occupants and setting them alight, in a show of force and an attempt to terrorise the city. They have become more media-savvy than they were the last time around: rather than murdering policemen, as they did in 2006, they are trying to… Continue

Violence is rife in the area, as the Juarez and Sinaloa cartels battle for control of lucrative smuggling routes into the United…

The whistle-blowing website WikiLeaks today released a trove of classified reports that it said documented at least 109,000 deaths in the Iraq…

Man Strips Naked in Front of Obama for $1 Million 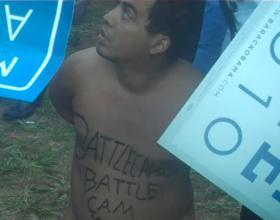 If billionaire Alki David is an honest man, the man who streaked in front of Barack Obama at the president’s rally today in Philadelphia will be paid $1 million for his stunt. The man who
performed today’s stunt, which captured the attention of the Drudge
Report , is 24-year-old Juan James Rodriguez, THE WEEKLY STANDARD has learned..

A photographer for the Daily Mail got an amazing picture at the Ryder Cup of Tiger Woods flubbing a shot headed directly at the camera. He didn't duck and Tiger's golf ball actually hit the lens — but not before the image was captured midflight. The photo has been seen around the world.

But that's not what's captivating the Web. It's the amazingly unique look of the fan standing just to the right of Tiger's shoulder, chomping on a…
Continue 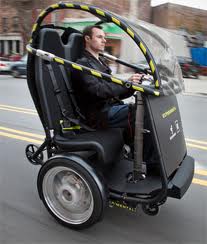 The millionaire owner of the UK Segway company has died after apparently riding one of his company's motorised scooters off cliffs and into a river.

Jimi Heselden, 62, crashed into the River Wharfe while riding the vehicle round his estate in Thorp Arch, Boston Spa, West Yorkshire, on Sunday.

He was pronounced dead at the scene. The scooter was found in the water. 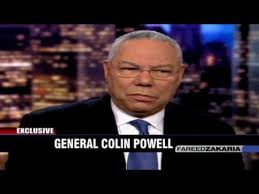 Barack Obama for president in 2008 despite serving three Republican presidents, said Sunday that Obama needs to change his approach in the White House because voters are feeling overwhelmed by sweeping new laws that expand the scope of government.
Photos: Two "Black" Men with questionable…
Continue

How to make a crocodile smile: Swim in a pool full of deadly salties with just a perspex cage for protection

Tourists to this unusual theme park are sure to get some holiday snaps with a difference.

Inspired by the popularity of cage shark-diving, a tourist attraction has opened that allows adrenalin junkies the chance to swim… MADRID — A bull leapt into the packed grandstands of a Spanish bullring and ran amok, charging and trampling spectators and leaving 40 people injured, regional officials said Thursday.
Video showed the bull jumping several meters (yards) high out of the ring, clearing two barriers before landing in the stands and raising a panic as he lurched through the screaming crowd, charging and tossing everything he could.
The 500-kilogram (1,100-pound) animal was…
Continue

Black and white twins celebrate 4th birthday * Their mom is of English-Nigerian heritage
THEY look like friends who met at nursery school but Kaydon and Layton Richardson are in fact twin brothers with different-coloured skin. 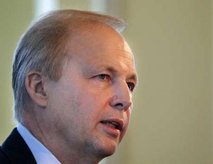 LONDON – BP's embattled Chief Executive Officer Tony Hayward will be replaced by American Robert Dudley on Oct. 1, the company said Tuesday, as it reported a record quarterly loss and set aside $32.2 billion to cover the costs of the devastating Gulf of Mexico oil spill.
Photo:Reuters – BP Plc (British Petroleum) Executive Vice President for the Americas and Asia Robert Dudley speaks at…
Continue