Ex-soccer star, John Fashanu has taken another plunge into matrimony. The choice of the former footballer turned businessman this time around is Mrs Abigail Igwe, a legal practitioner and mother of ex-beauty queen, Adaeze Igwe. Sources reveal thet the two legally married at an Abuja marriage registry not too long ago after dating quietly for a while. Sources disclosed that they made the decision to be husband and wife with their children consenting to the move.… Continue

As usual, countless responses and feedbacks have rolled in from various angles regarding the last topic we treated in this column. As an unbiased and realistic sex therapist and sexual health consultant, it would be partial if I do not set a scale of balance by itemising six reasons married women find sexual solace in the arms of other men.

These articles and my practical counselling sessions in my office are not meant to castigate any spouse, but to provide an… 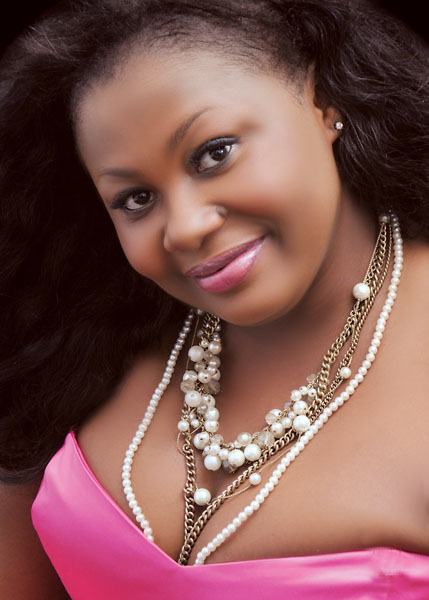 Adaora Ukoh, a Nollywood actress, believes big is sexy. In this interview with Ada Onyema, the actress, who also presents a TV show, talks about her career, love life and controversies surrounding her talk show


Apart from acting, what else do you do?
Recently, I have been trying my hands on so many things, but then, they all have to do with entertainment. Sometimes, I do interior decoration… Continue

Skoda Xanthi's Nigerian international Olubayo Adefemi has died in a car accident, Greek police said on Monday.  The 25-year-old defender lost control of his car on the Egnatia motorway while driving from Xanthi to Salonika in the Kavala region of Northern Greece.

The former Rapid Bucharest player was on his way to finalise details of his wedding when the accident happened, police said.  Adefemi signed for Xanthi last summer and made 24 appearances for the club, scoring twice. He has… Continue 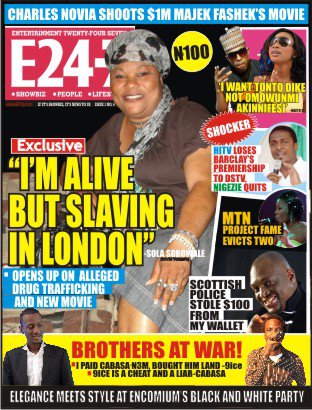 This is just out of this world, remember this woman from super story? Toyin Tomato? Well shes now a mere support worker in London, checkout her interview:

What exactly has kept you  in England?
It’s my children.  There is a Yoruba saying  that ‘Ojo Ale Mi Ni Mo Lo tuse’( preserve my future) I’m taking care of my children because a time will come when it will be their turn to take care of me. I am slaving in England…

Mr. Victor Famuyibo, the Executive Director, Human Resources, Nigerian Breweries Plc, has cut a niche for himself in HR profession. In his desire to become a well-rounded expert, he read law and as he tells ADEOLA BALOGUN, legal education has been of tremendous help

Two officials of Skye Bank Plc, Agodi, Ibadan branch, have been arraigned before a chief magistrate’s court on a three-count charge of forgery and stealing.

According to the charge, the bank officials, Funmi Adekanbi and Adebukola Ademola, were accused of conspiring to commit felony including forgery and stealing, thereby committing an offence contrary to and punishable under Section 516 of the Criminal Code Cap 38 Voll. II Laws of Oyo State of Nigeria 2000.


Dehinde Fajana, 9ice’s manager has refused to trade words with Toni Payne, the estranged wife of the crooner who claimed Fajana was one of the people that made her marriage to crash.

In some reports, Payne had described Fajana as the brain behind the breaking up of her marriage, saying that the manager never liked her.

Fajana, however, said he wasn’t ready to react to the allegation.

“She has freedom of speech. I am not ready to exchange any words with her. All I… Continue

Away from the speculation and trials of politics, fresh news is about to start making the rounds about former presidential adviser Mr Andy Uba.

He is being presently identified as a comfort provider for house of assemble member, Nnenna Elendu Ukeje.

Wizkid Drops Out Of School gossips on the gravepine 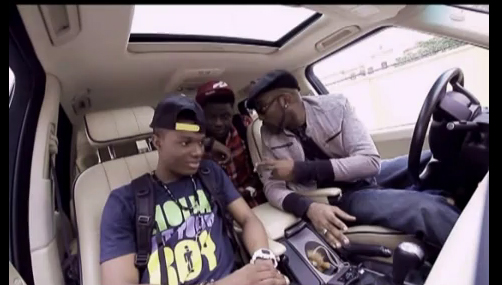 The gossip on board says Wizkid has dropped out of school in pursuit of his musical career.
Wizkid whose real name is Ayodeji Ibrahim Balogun, is a student of the Leedcity University.
The 200 level student of International Relations stated in a recent interview that he could not continue with his school studies as it gave him less concentration on his musical career. Though he promised to go back to school sometime in the…

Gaddafi's daughter whips supporters into a frenzy with speech in Tripoli 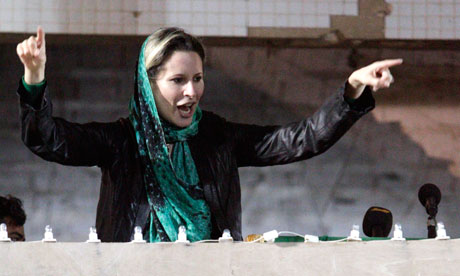 Aisha Gaddafi addresses a crowd of her father's supporters at the Bab al-Aziziya compound in Tripoli. Photograph: Pier Paolo Cito/AP

Taking care of a Woman's privates by amara. you brush your teeth why do you not ....

I treated this topic sometime in 2009, after which I received endless comments and questions on sex and the woman’s body. The sad thing is that a good number of these comments are from the male folk; they are either talking about their girlfriend or their wives.

I believe that men don’t always like to discuss such issues and for a man to be the one worried about these problems, it is either of two things: the woman has refused to…

In an interview published in the current edition of Newsweek magazine, the Ukranian-born nurse who managed to escape from Libya said: “ Gaddafi just…

Are Internet Services In Nigeria Really Another Big Joke ?

Come on - help me here, folks. Somethings are just distastefull, some manageable, and others? Outrightly unbearable and disgusting!
We face one too many heart aches in our land - and pokey, irating, absolutely unbearable so-called ISPs addings theirs to the suffering calls for concern.
I really don't know of you guys out there, but I'll narrate my own side of the story as experienced.
To be candid: is frasting surfing the net in our beloved country - Nigeria. I reside in Port…

Anenih's aides help police stop bank robbery ‘While the robbery was still on, Anenih’s aides came in and opened fire’

Security personnel attached to a member of the Board of Trustees of the People's Democratic Party, Tony Anenih, yesterday assisted the police in stopping a bank robbery at Uromi, Esan North-east Local Government Area of Edo State.

According to reports, the armed robbers stormed the bank at 9:30am and over-powered the security operatives following a gun duel which left anxious customers scampering for safety.
While the robbery… Continue

New facts have emerged on the circumstances surrounding the death of promising stand-up comedian, John Chijioke, popularly known as CD John.
Mr Chijioke died on March 24, at St. Nicholas Hospital, Lagos Island, following an auto accident while returning from an album listening party dedicated to an act under Questionmark Records, where he was the master of ceremonies.
According to eyewitnesses who got to the scene only minutes… Continue

We all enjoy the benefits of the Internet, and for many of us it is also an indispensable tool for work, education, and communication.  While time spent on the Internet can be hugely productive, for some people compulsive Internet use can interfere with daily life, work and relationships.

When you feel more comfortable with your online friends than your real ones, or you can’t stop yourself from playing games, gambling, or compulsively surfing, even when it…

An international operation involving Spanish police, the FBI and the UK’s Serious Organised Crime Agency has uncovered a new Nigerian letters scam run by an international network believed to have defrauded more than 11 million € through the promise of a share in non-existent inheritances.
Eleven people are in custody on charges of fraud, falsifying documents, money laundering and illicit association.
The Interior Ministry said in a press release on Tuesday that most of the network’s… Continue