Another journalist killed in Lagos 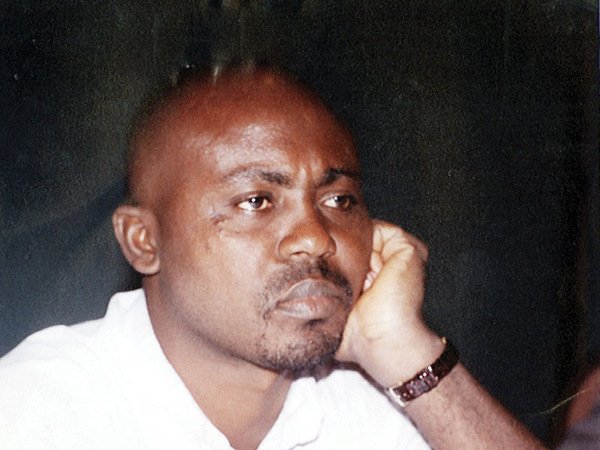 The Judiciary correspondent for the Nation Newspapers, Edo Egbagwu has been murdered.

Police authorities said he was killed at about 7pm last night in his residence at Church Street, Shasha, Lagos. The circumstances of his death are still, however, unclear.

Colleagues described the late Mr Egbagwu as a conscientious journalist and a kind-hearted man.

Last year, a political editor at The Guardian, Bayo Ohu was killed in the same community of Egbeda-Shasha, and the police have only recently paraded some suspects in relation to the case..

The incident happened at his 39, Church Street, Bameke Egbeda home at about 6.30pm on Saturday, April 24.

Mr. Ugbagwu, a native of Idoma, in the Otukpo local government area of Benue State diedwhen two gun men stormed his house and shot him in the head.

The gun men who had held the deceased's younger brother, Ugboglo, hostage had earlier demanded for money.

Mr. Ugbagu, who was outside at this time, walked into the house and saw the men pointing the gun at his brother. He was infuriated at the sight of the gun men and asked them to "get out".

A tussle ensued between him and the gun men, which later led to one of the gun men shooting him in the head. He slumped and died immediately.

Mr. Ugbagwu's younger brother, Okloho Ugbagwu narrated how his elder brother was killed. "It was about 6.30pm, on Saturday, I was in my room when I heard voices down stairs, I thought it was my elder brother who had told me that he was going out with his wife some few minutes earlier, but I was surprised when the men I saw in the parlour (living room) demanded for cash, they said ‘where is the money, where is the money'," he recalled. "I said I do not know anything about any money, as we were arguing, my elder brother walked into the house, and saw them pointing a gun at me, he demanded to know what the whole thing was about and they told him that they want money. He got angry and asked them to get out, he walked towards them and kept saying ‘get out, get out'; a tussle ensued between him and the men and that was how one of them shot him in the head;he just slumped. The gun men walked up to me and started shooting at things around me, but none of the bullets hit me, they dragged and pushed me into my room and locked me up, that was all I heard about them."

The gun men however ran out of the house without taking any cash, or property. They were said to have driven away in an awaiting car. Still coming to terms Despite efforts from sympathisers to hold her down, Mrs. Ugbagwu, the deceased's wife, kept screaming "I was going out with my husband, when he received a call, he told me that he had to go back to the house, I was still waiting for him outside, when I started hearing gun shots, when I went into the house," she said. "I saw my husband's lifeless body, they should have killed me too, why, oh why, did they not kill me with my husband."

Reacting to the killing, the spokesperson of the Lagos State police command, Frank Mba, said the commissioner of police, Marvel Akpoyibo, visited the family, saying that he promised to fish out the killers.

"The commissioner of police and the Area commander visited the house, to show the utmost importance we attach to this case, we have not ascertained the motive behind this killing, and investigations have however commenced, to bring the perpetrators to book." Mr. Mba said.

Mr. Ugbagwu's killing brings to two, the death of journalists killed at Egbeda in less than one year. Bayo Ohu, an assistant political editor of The Guardian newspaper, was shot dead at his Egbeda residence on Sunday September 20, 2009. It will be recalled Paul Abayomi Ogundeji, a member of This- Day's editorial board was shot at Egebda as well, on his way home on August 17, 2008.

Mr. Ugbagwu, who was 42 years old before his death, joined The Nation newspaper as a pioneer staff in 2004; a reporter covering the Lagos High Court, Ikeja Division.

According to his colleagues, he will be remembered for his conscientiousness and love for journalism. "He was an easygoing person who had a very good sense of humour. He was serious on his job but was a no-nonsense person. He had (a) liberal approach to life but does not hesitate to air his views or his opinion at any time not minding whose ox is gored," said John Austin Unachukwu, his colleague on the legal desk.

‘Not another unsolved murder'

In a statement signed by the from the management of Vintage Press Ltd, the publishers of The Nation Newspapers, it charged the police to apprehend the killers of Mr. Ugbagwu, saying this should not be swept under the carpet.

"We urge the police to fish out the perpetrators of this dastardly act," it said. The company also sent its condolences the family of the late journalist: "We condole with them and pray to God to grant the family the fortitude to bear the loss. May Mr Ugbagwu's soul rest in peace."

Mr. Ugbagwu is survived by his wife, five siblings and an aged mother. 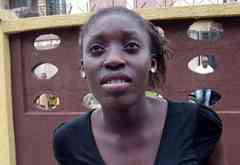 Comment by smc on April 26, 2010 at 3:09pm
this is nonsense in Nigeria. i take our law enforcement agency have alot to do in relation to security. pls let our journalists in Nigeria and African not be discourage-God is the judge of all. keep doing the good job of journalism. R.I.P

Comment by ajobiewe reuben on April 26, 2010 at 9:38am
we don't have security in this country what will they do the police they even kill people than other people so all we need is to see God as our security may God be with the family n may he RIP

Comment by Moses K Tawose on April 25, 2010 at 7:30pm
What is really behind the killing of this journalist.....? Should it be assumed they knew too much or they have some information that would get some people in hot water.
We must realize that life of every individual are important if not to anybody what about their family, friends and the society at large regardless of their affiliation or association.
Our creator made it a law or rule that we must not kill except the person takes a life why are we then bankrupting life as if it's that of a chicken. Please let's come back home and sheath our sword of darmocles from its ravage to drink the blood of our futures. It's high time we stop all this senseless killing from our society.

Have Your Say On the Rashford Banner Debate