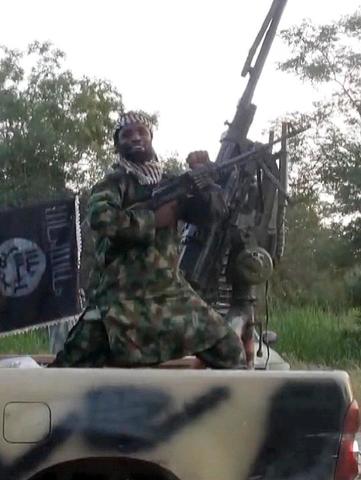 Despite Nigerian government claims of a ceasefire, gunmen believed to be Boko Haram fighters attacked two villages and a town near the border with Niger, killing at least 8 and kidnapping others, residents told CNN Saturday.

Boko Haram has not yet responded to the government's announcement Thursday of a ceasefire, which an official said heralded peace in the country after some five years of conflict with the Islamic extremist group.

In one attack, militants ambushed travelers in the Borno state village of Shaffa, residents of the area said, killing eight people and abducting others.

Boko Haram gunmen also stormed the village of Waga in Adamawa state, abducting a number of residents, including women, residents there told CNN.

Insurgents also occupied the town of Abadam, near Niger, after killing an unknown number of residents in their attack, residents said.

Nigerian officials said Friday that the government had reached a ceasefire agreement with Boko Haram, which has been waging an insurgency in the country's north since 2009.

The deal, the government said, includes the release of more than 200 kidnapped girls whose abduction from their boarding school shocked the world in April.

The deal, first reported by Agence France-Presse, came Thursday night after a month of negotiations with representatives of the group, said Hassan Tukur, principal secretary to President Goodluck Jonathan.

Nigerian officials met with Boko Haram in Chad twice during talks mediated by Chadian President Idriss Deby, according to Tukur.

"We have agreed on the release of the Chibok schoolgirls, and we expect to conclude on that at our next meeting with the group's representative next week in Chad," Tukur said.

Doyin Okupe, a government spokesman, said the ceasefire deal was meant not only to free the girls but also to end the insurgency.

"On the war front, we can say there is peace now," he said Friday.

A source involved in talks with the militants told CNN last month that Nigerian government officials and the International Committee of the Red Cross had discussions with Boko Haram about swapping imprisoned members of the group for the more than 200 schoolgirls. It is unclear, however, whether the deal includes a prisoner swap.

The name "Boko Haram" translates to "Western education is sin" in the local Hausa language. The militant group is trying to impose strict Sharia law across Nigeria, which is split between a majority Muslim north and a mostly Christian south.

As part of its insurgency, the militant group has bombed schools, churches and mosques; kidnapped women and children; and assassinated politicians and religious leaders alike.