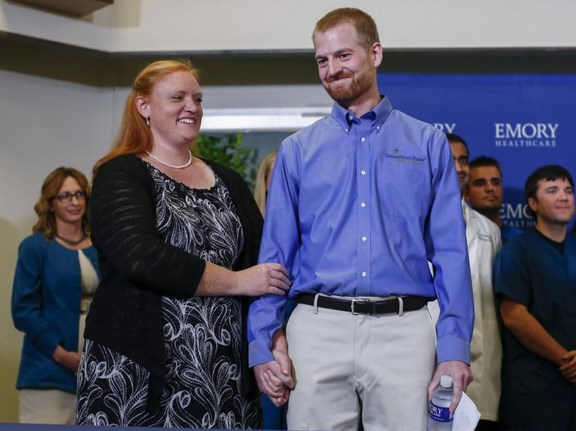 An experimental and highly secretive drug is being hailed as a potential solution to the Ebola pandemic after two Americans infected with the virus walked free from hospital this week.

The treatment, called ZMapp, is a cocktail of antibodies that have been genetically engineered to assist the body in fighting the Ebola virus.

Mapp Biopharmaceutical, one of two firms involved in designing the treatment, had been working in conjunction with the US military to develop the drug in fear that the virus could be weaponised and used against American citizens.

Until it was used on American aid workers Dr Kent Brantly and Nancy Writebol, ZMapp had not been tested on humans, however a 2013 research paper clearly outlines its success in treating monkeys infected with Ebola.

Despite its success in treating Dr Brantly and Ms Writebol, there are concerns that not enough ZMapp currently exists to effectively address the Ebola outbreak that has swept across West Africa.

The shortage in ZMapp is largely due to the fact that the drug has yet to be approved for official human trials, a process that normally takes years to complete.

2 Liberians who got experimental Ebola medicine said to be improving 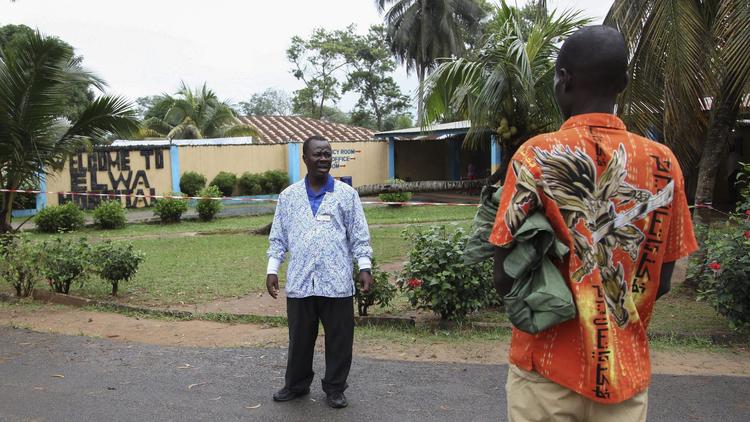 A Liberian man, right, talks to a nurse about the health of his relative in the isolation unit of the ELWA Hospital in Monrovia, Liberia. (Ahmed Jallanzo / EPA)

In a statement, the international health agency said that doctors working in Liberia told them a doctor and nurse have shown “marked improvement” after receiving the experimental treatment ZMapp.


A second doctor being treated with the drug in Liberia remained in serious condition, the statement said, but “has improved somewhat.”

It’s not clear whether ZMapp is effective or even harmful. The survival rate for patients infected with Ebola in the current outbreak stands at about 50%.

According to the Associated Press, the three healthcare workers received the last known doses of ZMapp, and were the first Africans to receive the experimental medication, which had never been used in humans.

The medicine was also previously used to treat two Americans working with Ebola patients in Liberia, who were later evacuated to Emory Hospital in Atlanta.

Another patient who received ZMapp, a Spanish priest, later died after being evacuated to his home country.

An employee tends to tobacco plants used to help manufacture an experimental drug at the Kentucky BioProcessing facilities in Owensboro, Kentucky. (EPA/KENTUCKY BIOPROCESSING)

The company that developed ZMapp, LeafBio, said in a statement that the team behind the drug were “cooperating with appropriate government agencies to increase production as quickly as possible”, but it is not clear if and when widespread distribution will be possible.

The process used to manufacture to make to drug is also relatively slow, requiring developers to cultivate the necessary antibodies in purposefully grown tobacco plants for several weeks before enough material is produced to be used in a dose of ZMapp.

The small scale introduction of bacteria containing engineered DNA into the leaf of the nicotiana benthamiana plant, which is a close relative of tobacco. (Photo by Sean Gallup/Getty Images)

US President Barack Obama pledged $85 million over the next two years to assist African nations in developing responses to infectious disease outbreaks, however experts suggest that the lack of commercial value in an Ebola treatment has prevented significant funding being directed towards its development.

There are currently 1,350 suspected Ebola deaths throughout Africa, with thousands more believed to be infected with the highly contagious virus.

Permalink Reply by Drey Da on August 22, 2014 at 10:56am
ZMapp never existed until the americans were infected we should not be suprise if it takes them a year to produce more by then half of west Africa will be dead and so they balance the World population. GOD SAVE AFRICA from Greedy World Leaders

They have sent some to Africa