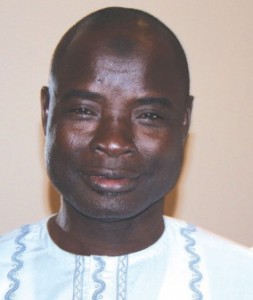 Controversial Police Commissioner Zakari Biu who was suspended yesterday over the escape of Kabiru Sokoto, a suspected Boko Haram chieftain from a team of investigators he led to investigate the accused, faces dismissal from the Force and possible imprisonment, P.M.NEWS gathered this morning.

The alleged Boko Haram member is suspected of being the mastermind of the bombing of St. Theresa’s Catholic Church, Madalla, a suburb of Abuja which claimed over 40 lives last Christmas day.

The Police Commissioner who was in charge of investigations at Wuse Zone 7, Abuja Police Command, had led a team of 10 policemen to Abaji, a suburb of FCT to search the residence of Sokoto who was arrested at Borno State Governor’s Lodge in Abuja on Saturday.

But it was gathered that a gang of youths had confronted the police team after the conclusion of the search of the residence of the accused, thus facilitating his escape in the confusion that followed.

In a statement in Abuja yesterday the police authorities confirmed the escape of the suspect and suspension of the Commissioner, though the officer’s name was not mentioned.

“The Nigeria Police Force wishes to confirm that a suspect was arrested in a successful police operation and was rescued from a team of policemen detailed to carry out further investigation in the matter,” force Public Relations Officer, PRO, DCP Olusola Amore, said in a statement.

“The police view this development as a serious negligence on the part of the Commissioner of Police and have since been queried and suspended him from duty. If a criminal case is established against him and his team, they will be prosecuted,” the police spokesperson said while explaining the circumstances surrounding escape of the accused.

P.M.NEWS cannot confirmed if Biu has been arrested and detained as at the time of writing this story. “All the information that could have been released have been given in the press release. Just make use of it,” Amore told P.M.NEWS when asked if the police have taken Biu into custody this morning.

P.M.NEWS however gathered that the police officer will be made to face an orderly room trial after which he may be dismissed from the Force if found culpable. From there, he will face trial in a court of competent jurisdiction and possibly jailed if found guilty.

Members of the public continue to express outrage over the bungling of the arrest of the Boko Haram suspect by the police. Many were also surprised that Biu, who was recently promoted commissioner, the notorious Police officer connected with the death of Bagauda Kaltho, the Kaduna-based correspondent of TheNEWS magazine during the Sani Abacha dictatorship and clampdown of the press, is not only still in the Police, but has been enjoying steady promotion.

Some members of the public who spoke to P.M.NEWS this morning also queried the wisdom of putting Biu who is also from Borno State as the accused in charge of the investigation.

“I think the Inspector General of Police himself should be sacked. Why did he put Biu in charge of the investigations when he knew the kind of person he is?” said Chimezie Nwoko, an Abuja-based lawyer.

Many also said the escape of the accused confirmed the confession of President Goodluck Jonathan at a church service in Abuja about two weeks ago that members of Boko Haram had infiltrated his government and all arms of the security agencies.

“They should find out if the policemen were not involved in the planning of the escape of the suspect. All of them are involved in the escape. Armed Mopol (Mobile Police Officers) escorted the suspect and no one was killed or arrested,” said Abdullahi Muhammed, a trader in Abuja.

“This is not acceptable. How did the youths get to know they are bringing him home? A peaceful protester was shot and killed by policemen, but suspected terrorists were left alone to free their oga,” Funmi Olaoye, a student said.

Nigerian are cheating, how can an arrest suspect escape? all these traditional rulers are involved in these dastardly act by Muslim Boko Haram! God will surely punish them.

Enejoh, be guided correctly..... Boko Haram is just "Boko Haram and not "Muslim Boko Haram" as you put it. It is a sectorial group aimed at violence, terrorism and guerrilla warfare against our people, whether christians or Muslims alike.

Sadly, 99% of them say they are muslims but i am sure they are not practicing true islam because islam does not encourage evil nor the killing of innocent citizens. Let us tell the truth always abeg!

I am a Christian!