Firecrackers are commonly used in celebration of holidays or festivals, such as Halloween, 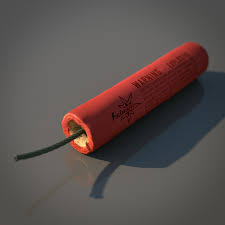 Independence Day (also known as the Fourth of July) in the United States of America, Diwali in India, Tihar in Nepal, Day of Ashura in Morocco, Guy Fawkes Night or Bonfire Night in the United Kingdom, Skyfest in Ireland, Bastille Day in France, Spanish Fallas, in almost every cultural festival of Sri Lanka (e.g. Sri Lankan New Year), New Year's Eve and New Year's Day, Purim in Israel, and in the celebration of Chinese New Year by Chinese communities around the world.

Australia — Australia, with the exception of its capital territory (ACT) and the Northern Territory, does not permit the use of fireworks except by licensed pyrotechnicians. These rules also require a permit from the local government, as well as any relevant local bodies such as maritime or aviation authorities (as relevant to the types of fireworks being used) and hospitals, schools, etc. within a certain range.
Canada — Firecrackers are not authorized under the Explosives Act, thus making importation, possession, transportation, storage, or manufacturing illegal in Canada.[6] Canada banned firecrackers on September 27, 1972 after media reports that two children were killed and three others severely burned when some older children were playing with firecrackers outside their tent. It later came out that the children inside the tent had actually been smoking and, not wanting to tell their parents, had told them they had been playing with firecrackers.[7] Fireworks are still legal to buy for anyone 18 years of age or over.
Mainland China — As of 2008, most urban areas in mainland China permit firecrackers. In the first three days of the traditional New Year, it is a tradition that people compete with each other by playing with firecrackers. However, many urban areas banned them in the 1990s. For example, they were banned in Beijing's urban districts from 1993 to 2005.[8] In 2004, 37 people were killed in a stampede when four million[9] people gathered for a rumored Lantern Festival firework display in nearby Miyun.[10] Since the ban was lifted, the firecracker barrage has been tremendous. An unusual[clarification needed] feature is that many residents in major cities look down on street-level fireworks from their tower blocks. Bans are rare in rural areas. 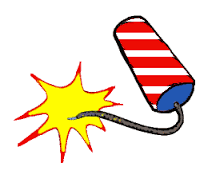 Czech Republic — Firecrackers are legal in the Czech Republic.
Hong Kong — Fireworks are banned for security reasons, as some speculate a connection between firework use and the 1967 Leftist Riot. However, the government stages a fireworks display in Victoria Harbour on the second day of the Chinese New Year. Similar displays are also held in many other cities in and outside China.
Indonesia — Firecrackers and fireworks are generally forbidden in public during the Chinese New Year, especially in areas with significant non-Chinese populations, to avoid conflict between the two. However, there are some exceptions. The usage of firecrackers is legal in some metropolitan areas such as Jakarta and Medan, where the degree of racial and cultural tolerance is higher.
Italy — Firecrackers are legal and can be bought without a licence by anyone 18 years of age or over.

Diwali fireworks is a family event in many parts of India. People light up fireworks near their homes and in streets. Additionally, cities and communities have community fireworks. Above: Phuljhari, sparklers that are popular with some children on Diwali nights.[11]
India — Firecrackers are easily available in India. Firecrackers are used in the Indian festival of light(Diwali), and also for marriage ceremony.
Malaysia — Firecrackers are banned for similar reasons as in Singapore. However, many Malaysians smuggle them from Thailand and the Philippines.
Norway — The government of Norway decided to ban rockets in early 2009. Other types of fireworks are still allowed.
Philippines — Fireworks and firecrackers are widely available throughout the Philippines, but are banned in Muntinlupa (since 2013), Olongapo (since 2008)[12] and Davao City (since 2001).
Republic of Ireland — Fireworks and firecrackers are not permitted in the Republic of Ireland; however, many people smuggle them from Northern Ireland, where they are legal. They are most common around Halloween.
Singapore — A partial ban on firecrackers was imposed in March 1970 after a fire killed six people and injured 68.[13] This was extended to a total ban in August 1972, after an explosion that killed two people.[14] and an attack on two police officers attempting to stop a group from letting off firecrackers in February 1972.[15] However, in 2003, the government allowed firecrackers to be set off during the festive season. At the Chinese New Year light-up in Chinatown, at the stroke of midnight on the first day of the Lunar New Year, firecrackers are set off under controlled conditions by the Singapore Tourism Board. Other occasions where firecrackers are allowed to be set off are determined by the tourism board or other government organizations. However, their sale is not allowed.
Sweden — Only rocket-type fireworks are allowed in Sweden. The ban of firecrackers was effectuated by the EU Parliament and Swedish government effective December 1, 2001, but in 2006 the EU Parliament changed the laws, allowing smaller types of firecrackers. By 2008, the law had to be in effect in all EU member countries, including Sweden.
Taiwan — Beginning in 2008, firecrackers are banned in urban areas, but still allowed in rural areas.
United Kingdom — In 1997, firecrackers became illegal, but most other consumer fireworks are legal.[16]
United States — In 2007, New York City lifted its decade-old ban on firecrackers, allowing a display of 300,000 firecrackers to be set off in Chinatown's Chatham Square.[17] Under the supervision of the fire and police departments, Los Angeles regularly lights firecrackers every New Year's Eve, mostly at temples and the shrines of benevolent associations. The San Francisco Chinese New Year Parade, the largest outside China, is accompanied by numerous firecrackers, both officially sanctioned and illicit.
Vietnam — In 1994, the Government decided to ban firecrackers nationwide. Only fireworks displays produced and performed by the government are permitted.

Man sues woman for $2. 3m after she refused to be hisÂ girlfriend after four years of friendship

Dark October out on Netflix tomorrow, Friday February 3 + see videos from the premiere of the film in Lagos