"JOKE OF THE MONTH"

This is surely going to make you laugh, just read to the end! Just for fun; don't attach strings please. 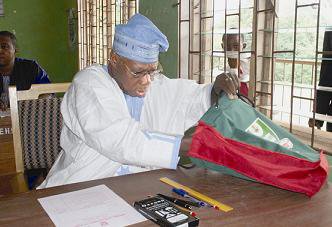 Once upon a time, when Baba (Obasanjo) was in office as the president, he got an invitation from the Queen to come for a visit to England. After all the banquets and carriage rides and what not, Baba finally got the quiet moment he had craved all day in order to have a one on one chat with her majesty. After the usual small talk, Baba quickly popped the question. He asked her what the secret to her success was. You know Nigerians, we think everything is a secret…the President’s health status is a secret, his whereabouts is a secret, reports of the various panels of enquiry set up by govt to investigate the causes of different crises around the country are kept secret, we even have secret registries in every government agency in d country. Maybe we are a secretive people, we love secrets.

Anyway, back to our story. So Baba asked for the SECRET

to the Queens’s success and she told him that she relies on her people a lot and therefore she makes certain that only the intelligent get to positions of authority.

She decided to show him exactly what she meant and so she phoned Tony Blair. "Now listen carefully, Mr. Obasanjo. I'm going to ask Mr. Blair a question to determine his intelligence.”

Tony Blair replied instantly, "It's ME Your Majesty!"

Queen: "Correct! Thank you and goodbye"

"Yes”, he replied “and thanks a lot, I'll definitely be using that!"

Once back in Nigeria, he decided that he had doubts about Mantu’s level of intelligence and he decided to test him. He arranged a meeting with him and asked him: 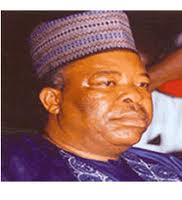 "Mantu, I have a question for you; your mother and father have a child. The child is not your brother and is not your sister, who is he?."

Mantu thinks...... and thinks………and thinks, and finally says, "Em, Mr. President, you must give me more time to think about it."

And Mr. Obasanjo gave him 2 weeks to come up with an answer. That afternoon, Mantu called a meeting of all his aides, advisers and assistants to discuss the question, but NOBODY knew the answer. So he decided to take it to the floor of the Senate. After a heated debate the Senate President thought it wise to clear out the gallery and go into a closed session as he believed the revelations that might result could be damaging to the family and reputation of the distinguished Senator Mantu.

After about two hours of deliberations, the house decided to set up an ad hoc committee to look into the matter and report back to it in ten days. The committee was given the following terms of reference:

1. To come up with a complete family tree of the entire Mantu clan
2. To pay a courtesy call to the traditional ruler of Mantu’s village and the State Governor
3. To interview all living relatives of Senator Mantu
4. To determine if Sen. Mantu’s dad had any extramarital affairs
5. To determine the DNA composition of Sen. Mantu (in Germany of course or Saudi) 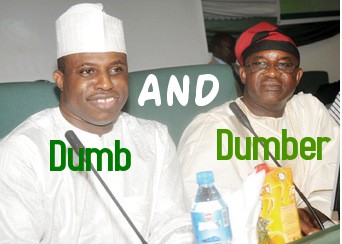 The Ad-hoc committee then submitted its budget which, of course, was kept SECRET, but included funds for;

a) The immediate purchase of Land Cruiser jeeps for each of the 12 members of the committee. The jeeps would be used to travel to Mantu’s village because, as you know, Nigerian roads are bad and Mantu’s village is remote.
b) Air tickets (first class of course) and hotel accommodation in Jos for committee members and their numerous aides. They’d stay at the Hill-station hotel and drive to Mantu’s village in the morning.
c) Air tickets (again first class) to Germany and back, and hotel accommodation (five star) for everybody.
d) Estacodes and hazard allowances
e) Logistics
f) Miscellaneous

Even though the budget was kept secret, you can easily come up with the figure by taking the actual estimate of the above list and multiply by ten. You’ll only run into problems when you get to the final two items (logistics & miscellaneous) , as these are usually added to cover for all the people that need to be “settled” in order to ensure that everything goes smoothly. Therefore the figures have the tendency of varying widely and so it can’t really be predicted.

Anyway, the money was released and the committee started its assignment in earnest. They finished within the time frame that was stipulated in their terms of reference and they prepared a voluminous report which was to be presented at the senate at plenary. But on the d-day when the chairman of the committee was about to make the presentation, a distinguished senator from the Southern part of the country raised a “point of order”. He argued that the committee was illegal because its composition was lopsided in favor of a certain region in the country. He pointed out that of the 12 members; seven were from the North and only five from the South. Not to be outdone, another senator, this time from the North, raised a “point of order” on the “point of order” that was raised by the senator from the South. He argued that since the committee’s assignment was primarily to investigate the lineage of Senator Mantu (who was from the North), they needed
senators who knew the terrain, who understood the culture of the people and their language.

More points of order followed and after a while the Senate President decided to put a stop to it by subjecting it to a voice vote.

And thus he announced, “All those in favor of the committee being considered legal and thus go ahead to present its report say “AYE””. And the house responded accordingly.

And then he asked again, “All those not in favor of the committee being considered legal and thus should not go ahead to present its report say “NAY””. And the house responded accordingly.

Unfortunately for Mantu, the “NAYs had it” and thus the report was never presented. Now Mantu had a really big problem, because the President was waiting for an answer and he had run out of time. So in one last effort, he decided to phone his very good friend Jerry Rawlings who had always sounded intelligent to Mantu and thus might have the answer to this really difficult question.
"Jerry, your mother and father have a child. The child is not your brother and is not your sister, who is he?."

Jerry answered immediately. "Hey, Mantu, It's me of course, you dumb Nigerian!"
Mantu couldn’t believe his luck and so he rushed to Aso Rock Villa, his motorcade of five cars moving at top speed with sirens blaring. Ordinary Nigerians going about their normal businesses scampered out of the way. When they finally arrived their destination, Mantu literarily ran all the way to the President's office.

"Mr. President, Mr. President”, he called out, breathing heavily. “I know who he is.”
Obasanjo: “Good, so tell me”
Mantu: “It’s Jerry Rawlings Sir! In fact, when he revealed the SECRET to me, I started to see the resemblance between us" Obasanjo: "Jerry Rawlings ko, Jerry Gana ni. You are such a stupid senator. Olodo rakpata! I'll make sure you don’t return to office after this term. Stupid man, the correct answer is TONY BLAIR!" And that’s how Mantu never returned to the Senate even though he supported the President’s third term agenda.

Permalink Reply by Osila Grace Shadrach on September 26, 2010 at 3:31am
really dumb and stupid!!!! Man, good joke, i had 2 throw back my head for a while there

Permalink Reply by Bilyamin Dagaji on September 26, 2010 at 9:22am
hilarious, man this is quite creative, hope they get hold of this, may be it will put some sense into em heads...marvelous creation...nice one.

Permalink Reply by Me Love on September 29, 2010 at 11:26am
Laugh wan kill me ohhhhhhhhhhh

Permalink Reply by Bimbo_adams on September 29, 2010 at 3:34pm
This is sooooooooo funny, i cant stop laughing!!!

Permalink Reply by Otaru Dickson on September 30, 2010 at 10:21pm
na GOD oh 50 bosha to the writter and authors of this laughing swagga

Permalink Reply by Opeyemmy on October 15, 2010 at 6:16pm
sooooooooooo funny

Permalink Reply by Ahenmokhai Sebastian Drew on October 17, 2010 at 4:33pm
Too Long. Became uninterested in the middle. But its ending is funny..

Permalink Reply by dodo akpan on December 31, 2010 at 11:02am
have anybody tot of the fact that obj made a mistake too?