Just before 5pm on 14 January, something strange happened to television channel Arise, a small 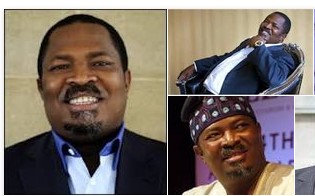 African television network operating out of London – it suddenly vanished from the airwaves.

The message beneath logo of the station, which is broadcast on Sky channel 519 and which operates from prime studios overlooking Trafalgar Square, Buckingham Palace and Big Ben, simply read: “Normal service will resume as soon as possible.”

But those who work at the channel, run by a flamboyant media baron, knew there was more to it than transmission problems.

Nduka Obaigbena, sometimes known as “The Duke”, and who has been photographed in the company of George Bush and Tony Blair, and hangs out with stars including Naomi Campbell and Beyonce, has employed many senior British journalists and is being pursued over a trail of debts – estimated at £3m and including nearly £1m owed to the station’s own workers.

Ofcom, the broadcast regulator, found Arise in breach of its licence for failing to pay its annual licence fee by the required date. The watchdog is facing calls for Arise, which broadcasts on Sky (but was removed from Freeview late last year) to be stripped of its licence. The station previously went off air late last year as 62 Arise workers, supported by the NUJ and Bectu media unions, began collective legal action for £825,000 unpaid wages.

A skeleton team returned to work at New Zealand House on 11 January after receiving cash advances of around £250 a day. “Their view is that if they let the channel die there is little or no chance of retrieving the fees they are owed,” one of the team told The Independent.

David Lee, who resigned as a production editor and claims he is owed £20,000, said: “It’s disgusting, now I’m faced with a tax bill that I can’t pay. Two staff in the New York office have lost their houses because they were unable to make their monthly mortgage repayments.”

Obaigbena, who is understood to be extremely wealthy and owns Nigeria’s biggest newspaper This Day, has explained his financial problems in terms of “the collapse of oil prices” and the subsequent restrictions in Nigeria on foreign exchange.

He noted that almost all Arise workers were freelance and claimed to have uncovered a wages scam. “We are in dispute…with some who made invalid claims which we discovered during a routine audit,” he told The Independent. “The courts may have to determine this. Some saw Arise as a gravy train to take advantage of. They are wrong.”

In an email to staff on 8 January, Obaigbena said: “We will continue to engage with monetary authorities to hasten the necessary remittances required to pay you.”

Among the queue of debtors is Palestine-based company 4D Media, whose journalists provided Arise with coverage of last year’s deadly Gaza conflict, as well as reporting from Syria, Lebanon and Egypt, but has told Obaigbena in writing of its distress, at only receiving $24,000 of $145,000 owed. “Why are Arise refusing to pay us for services provided by us, even ignoring our correspondence and phone calls?” asked operation manager Kamal Alazraq. “Is it because we are a local Palestinian company with less connections than other service providers around the world?” Obaigbena said Arise had a “payment plan” with 4D Media and “have paid 30 per cent of their invoices”.

In his email promise to pay staff, Mr Obaigbena, expressed continued determination to create a “world class global news channel that gives the people of Africa and other under-served communities their own voice”.

He told The Independent that Arise was still in the soft launch phase of a five-year launch plan. “As a new business still in investment stage the revenue generation stage takes time and stability,” he said. “We are in a marathon and not a sprint.”