My Apologies for not Sending Our Weekly Netchurch for Quite some Time .

By His Grace We are Back Thanks to The Team @9jabook.com for Reinstating Us Back ! In This Day & Age Few are willing to Associate Themselves with Wholesome Christian Teaching.I Pray Our Publications Help To Direct Our Paths as We Read for The Time is indeed Short for Us All .

We can not get out of The World but We can Live Wisely as Serpents but absoultely Harmless As Doves . For Christ Died once For All Sin & Washed us Once & For All . Who Therefore Can Resist so Powerful a Washing Machine Except Those Who Love the Way of Evil.

Video Song -  Jahdiel Heritage   A Great Song of Who & Whom we Are .

In his first letter to the Corinthians, the apostle Paul wrote of the false teachers who had come into 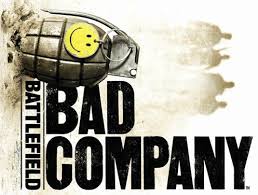 the church at Corinth teaching that the resurrection of Jesus Christ wasn't true. These people considered only their physical existence and denied life after death or the resurrection (1 Corinthians 15:32). As a result, their moral outlook on life influenced the rest of the Corinthian believers.

Paul is telling us that in associating with false teachers, we will be adversely influenced by them. The truth is that false teachings do not lead to holiness. As such, it is critical that we are careful whom we form relationships with, especially those outside the church because unbelievers can cause even the strongest Christians to waver in their faith and adversely affect their walk with Christ and their witness to the world. This is why Paul tells us, "Do not be misled."

Actually, this was the second time Paul warned the Corinthians not to be deceived (1 Corinthians 6:9). He cautioned them not to take up the lifestyles of corrupt people-those who will not inherit the kingdom of God. Paul knew how easy it is for people to be influenced by such adverse teachings. If not checked at the very beginning, they could begin to adopt such perverted ideas and behaviors as normal. For this reason, Paul quotes a proverb by the Greek poet Menander: "Bad company corrupts good character." No doubt this proverb was well known among Greeks of this time.

The point Paul makes here is pertinent to all people in all ages. When we associate with or take delight in the company of people with worldly morals, we run the risk of mimicking their behaviors, their language, and their habits. Before long we are no longer of Christ, but of the world with its denial of absolute authority, its rejection of the Bible as the Word of God, and its ideology of relative morality. This is especially pertinent to young people who are generally easily influenced by their peers. Young people are desperate for the approval of others. So motivated are they by the need for acceptance that godly wisdom in decision-making can go out the window in the face of peer pressure. Therefore, it is crucial for parents of young teens especially to be on guard against the influence of bad company.

So, what are we to do? Paul provides us the answer at the very end of chapter 15: "Therefore, my dear brothers, stand firm. Let nothing move you. Always give yourselves fully to the work of the Lord, because you know that your labor in the Lord is not in vain" (1 Corinthians 15:58). As parents, we stand firm against ungodly influences that may corrupt our children. As Christians, we stand firm against those who would corrupt our walk with Christ. As church members, we stand firm against false teaching and watered-down gospel presentations that lead others stray. In all things, we are "self-controlled and alert" because our "enemy the devil prowls around like a roaring lion looking for someone to devour" (1 Peter 5:8).