Expert advises which eclipse glasses will protect your eyes. ... WITH the solar eclipse 2017 set to plunge the world into darkness on August 21 an expert has issued an eclipse glasses warning to ensure people hoping to view the phenomenon have adequate eye protection ! 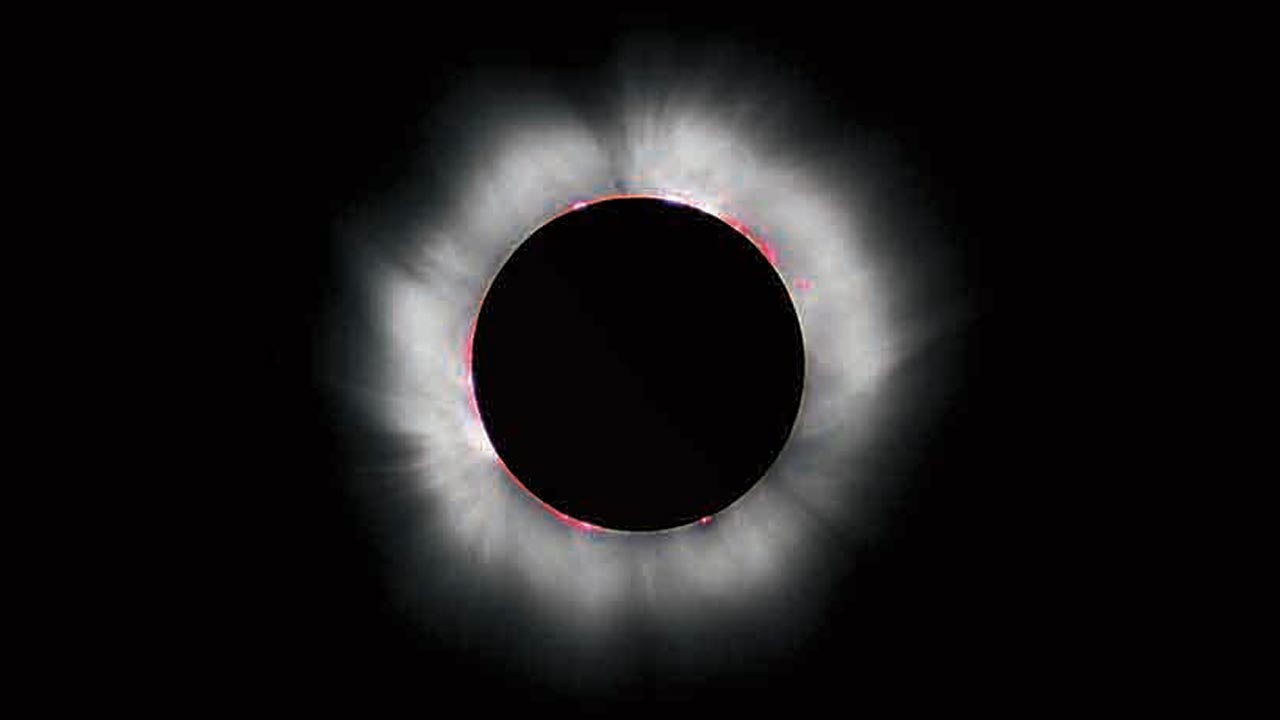 According to Space.com, this eclipse is the 22nd of the 77 members of Saros series 145, the one that also produced the solar eclipse of August 11, 1999. Members of this series are increasing in duration. The longest eclipse in this series will occur on June 25, 2522 and last for seven minutes and 12 seconds.

The eclipse will have a magnitude of 1.0306 and will be visible from a narrow corridor through the United States. The longest duration of totality will be two minutes 41.6 seconds. It will be the first total solar eclipse visible from the southeastern United States since the solar eclipse of March 7, 1970A partial solar eclipse will be seen from the much broader path of the Moon’s penumbra, including all of North America, northern South America, Western Europe, and Africa.

Experts caution that the only safe time to look at the sun without special eclipse glasses is during totality when the surface of the sun is completely blocked by the moon.

Also, long-term power cuts, destruction of electronic devices and increased cancer risks are worrying consequences of the Earth being hit by powerful solar eruptions. New research suggests these coronal mass ejections (CMEs) are on a collision course with Earth and are much harder to predict than previously thought.The huge ‘sneezes’ of solar plasma can reach our planet in one to three days and could have a devastating effect on life, as we know it.

Two main types of explosions occur on the sun: solar flares and coronal mass ejections, or CMEs.A direct hit could have catastrophic consequences and CMEs are even capable of potentially exposing aeroplane passengers to cancer-causing radiation.

Although they occur frequently, working out which ones will be strong and how badly they will impact Earth is difficult.“Up until now, it has been assumed CMEs move like bubbles through space, and respond to forces as single objects”, said Dr. Mathew Owens.“We have found they are more like an expanding dust cloud or sneeze, made up of individual plasma parcels all doing their own thing”, he said.

The study, which is published in Nature Scientific Reports, looks in detail at how CMEs make their way through space and how they interact with external forces like solar winds.

Also, an analysis of four icy bodies discovered in the outer Solar System reveals no sign that a large, unseen planet lurking beyond Neptune is influencing them. The finding chips away at a line of evidence for a ‘Planet Nine’ proposed in 2014 on the basis of the clustering of objects in a region called the Kuiper belt, argues a team of astronomers in a paper first posted on the arXiv preprint server on June 16.

Researchers leading the Outer Solar System Origins Survey (OSSOS), which is studying the region of space beyond Neptune, found the objects. The bodies that piqued the astronomers’ interest dwell in the outer reaches of the Kuiper belt.

Using the 3.6-metre Canada-France-Hawaii telescope on Mauna Kea, Hawaii, the team found four bodies that orbit the Sun in enormous ellipses at least 250 astronomical units (au) wide. An au is equivalent to the distance between Earth and the Sun; Neptune orbits at around 30 au. About 12 large-orbit bodies have been spotted so far, including the four found by OSSOS.Arguments for Planet Nine are based on the clustering of six of those previously known large-orbit objects.

Studies by two other research teams, which drew on multiple astronomical surveys, found that the six bodies were arranged in two groups. Both teams suggested that the gravity of an unseen planet, perhaps ten times Earth’s mass, had shepherded the objects into those curious arrangements.

Also, in the year 2100, two billion people — about one-fifth of the world’s population — could become climate change refugees due to rising ocean levels. Those who once lived on coastlines will face displacement and resettlement bottlenecks as they seek habitable places inland, according to Cornell University research.

“We’re going to have more people on less land and sooner that we think,” said lead author Charles Geisler, professor emeritus of development sociology at Cornell. “The future rise in global mean sea level probably won’t be gradual. Yet few policy makers are taking stock of the significant barriers to entry that coastal climate refugees, like other refugees, will encounter when they migrate to higher ground.”

Earth’s escalating population is expected to top nine billion people by 2050 and climb to 11 billion people by 2100, according to a United Nations report. Feeding that population will require more arable land even as swelling oceans consume fertile coastal zones and river deltas, driving people to seek new places to dwell.

By 2060, about 1.4 billion people could be climate change refugees, according to the paper. Geisler extrapolated that number to two billion by 2100.“The colliding force of human fertility, submerging coastal zones, residential retreat, and impediments to inland resettlement is a huge problem. We offer preliminary estimates of the lands unlikely to support new waves of climate refugees due to the residues of war, exhausted natural resources, declining net primary productivity, desertification, urban sprawl, land concentration, ‘paving the planet’ with roads and greenhouse gas storage zones offsetting permafrost melt,” Geisler said.

The paper describes tangible solutions and proactive adaptations in places like Florida and China, which coordinate coastal and interior land-use policies in anticipation of weather-induced population shifts.

Many conspiracy theorists have predicted it will signal the start of an apocalypse and the end of the world.

However, not everyone is being as doom and gloomy about the event.

A spiritual healer claims the total eclipse will herald the start of a new era for humanity and the universe as a whole.

Carolin Comberti, a new age practitioner, who specialises in “spiritually healing people through music and sound,” is leading a major event in Glastonbury, Somerset, to welcome in the eclipse which she claims will “transform the cosmos.”

Druids, new agers and spiritualists are expected to flock to the Seven Isles of Avalon, hills surrounding the mystical town, ahead of the eclipse which is set to happen at 7.40pm UK time.

Social commentator Glenn Woods wrote on Kgab.com that the eclipse was bringing out strange behaviour in humans.

He said: “The humans, on the other hand, are already acting weird, and we haven’t even reached eclipse hour yet.

“We have doomsday cults and end time predictions.

“Hippies will try to open an interdimensional portal with dance and chants to the sound of bongos and the smell of patchouli and weed.

“Stores are running low on tinfoil for all the hats being made by those who want to block the intensified cosmic rays.

“Those conspiracy theorists will then lock and load, hunkered down in their doomsday cellar waiting for society to explode.”