Michael Jackson's Mum has kicked her grandchildren OUT !

KATHERINE Jackson has kicked her grandchildren to the curb. 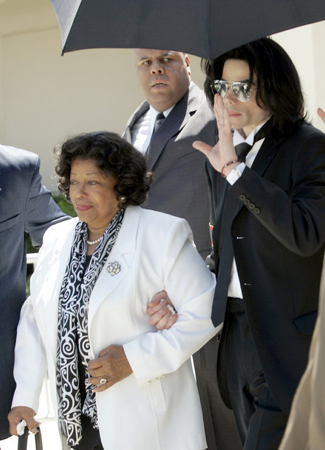 The Jackson matriarch has reportedly asked her kids’ kids to move out of her mansion.

According to TMZ, the 79-year-old told Alejandra Genevieve Oaziaza, who lives at the Jackson estate with two of her children with Randy Jackson and two with Jermaine Jackson, that they all must move out within the next week.

Schwarzenegger wants to run for president

Calif. governor tells Leno he would run ‘without any doubt’ if he could

BURBANK, Calif. - Gov. Arnold Schwarzenegger would love to run for president — if he could.

California's actor-turned-governor was born in Austria and the U.S. Constitution prevents foreign-born citizens from holding the nation's top job. 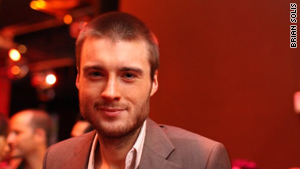 Editor's note: Pete Cashmore is founder and CEO of Mashable, a popular blog about social media. He writes a weekly column about
social networking and technology for CNN.com.

London, England (CNN) -- Facebook dropped a bombshell on the tech industry last week in the form of a Web-wide "Like" button and the…

Then Mr Ribadu the more popular of the two .

The former Federal Capital Territory (FCT) Minister, Nasir el-Rufai, will return to Nigeria on Saturday, NEXT can exclusively report. Mr. El-Rufai has been…

A balancing act says Judge .An Eye for An Eye.… (CNN) -- At least 28 children were injured when a man with a knife attacked a kindergarten in east China on Thursday morning, state media said.

Most of the victims were four-year-olds, the state-run Xinhua news agency said. Three of the children were in critical condition.

Police said they have arrested a 47-year-old suspect.

The incident happened in Taixing city in Jiangsu province.

It comes a day… 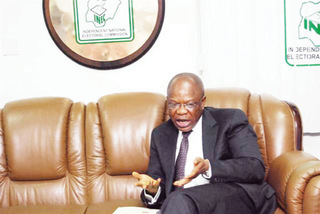 The five-year reign of Maurice Iwu as the chairman of the Independent National Electoral Commission came to a sudden end yesterday when the Acting president, Goodluck Jonathan, ordered him
to proceed on a pre-disengagement leave, with immediate effect.

From Microsoft line of communication devices are the all new Microsoft Kin One and Two phones. The dual phones have been designed specifically to enable people actively engage and navigate their social lives..…

Popular actress, Oge Okoye, is no doubt an embodiment of talent, intelligence and beauty, and has impressively made her name to the top list in Nollywood. The soft-spoken actress, in this interview with Adunola Fasuyi, speaks on her life, career and other issues..

Background
I was born in London, I am the only child of my parents and from Imo State. I had my early… Continue

Every day close to 50 people are killed in auto accidents that are caused by drunk driving. Drunk drivers cause physical injuries to people every two minutes, that's 720 people every single day that are injured by a drunk driver.

If you are driving under the influence of alcohol, you are between 7 and 380 times more likely, depending on how many drinks you have had, to be… Continue

Senator Yerima the Paedophile:with Picture of the 13 year old

Women in the senate and a coalition of Nigerian women’s groups, including the Medical Women Association of Nigeria (MWAN), Women Rights Advancement and Pro-tection Alternative (WRAPA) and the Global Association of Women Attorneys (GAFA), are protesting the marriage of former Zamfara State governor and Senate Minority Whip, Senator Ahmed Sani Yerima to a 13-year old Egyptian… Continue

CNN) -- If you plan on going to Kure Beach, North Carolina, bring your sunscreen and shades, but please leave your thong behind. 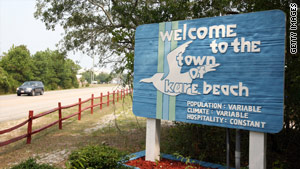 The seaside community has adopted a zero tolerance policy on anyone wearing the barely-there bikini by the shore on their part of North Carolina's Pleasure Island, just south of Wilmington.

"You can do what you want to in your own space," said Mayor Dean Lambeth, "but for public decency, keep it off the public beach."


BENIN — A 23-year-old girl, Vivian Oghenero, was, yesterday, paraded by the Police in Edo State for dumping her baby in a pit toilet in Benin-City.

Oghenero, who hails from Delta State, lives at Eyeanogie Street, Benin, the state capital, where the incident occurred.
Parading the suspect before newsmen, Edo State Police image maker, Mr. Peter Ogboi, disclosed that it was a good Samaritan who alerted the police on discovering the baby in the pit toilet.
… and the child… Continue