Texas varsities to allow students to carry guns on campus

Texas varsities to allow students to carry guns on campus


USA- Universities in Texas are set to be forced to allow students and academics to carry guns on campus, in a victory for a firearms lobby unbowed after last month's massacre in Arizona, the Telegraph reports.

A new law that looks certain to pass through the Texas legislature would mean that its 38 public colleges, which are attended by half a million students, must permit concealed… Continue

President Goodluck Jonathan has ordered the immediate evacuation of Nigerians stranded in Libya. Amid criticism that the government has responded slowly to the crisis, Vice President Namadi Sambo said that evacuation plans have commenced in the north African country. Libya has a high number of Nigerians who…

Women and children leapt from bridges to their deaths as they tried to escape a ruthless crackdown by Libyan forces loyal to Colonel Muammar Gaddafi.

Snipers shot protesters, artillery and helicopter gunships were used against crowds of demonstrators, and thugs armed with hammers and swords attacked families in their homes as the…

PH Stampede in lieu of GJ's Jos Campaign: A Shortage of good luck from someone called Goodluck now going to campaign in Jos !

For the nation’s 50th year anniversary celebrations the president’s wife, Patience Jonathan, decided to share bags of rice to “alleviate the poverty” of local women – and did this in the crudest, most elementary way possible – by calling people together and throwing them bags of rice like beggars.… 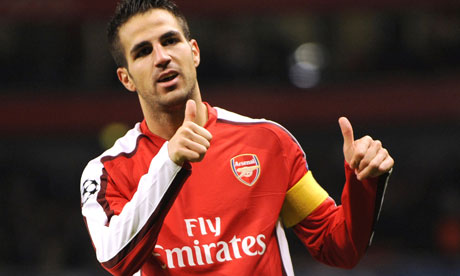 Cesc Fábregas. It must be nice to be wanted. Photograph: Tony O'Brien/Action Images


Preamble:This tie has got a bigger build-up than the impending royal wedding and, happily,…

Hundreds of protesters took to the streets of Libya Wednesday in the first sign that the unrest which toppled governments in neighboring Tunisia and Egypt has spread to the North African nation.

The Associated Press said that the crowds did not appear to direct their anger at Moammar Gadhafi, who is Africa's longest-serving leader.…

For 125 years, Coke's secret recipe has remained one of the most heavily guarded trade secrets in the world. Now a group of accidental soda sleuths say they've stumbled across a list of its ingredients.

Producers of the radio program This American Life came across an article on the history of Coca-Cola in an old copy of the Atlanta Journal-Constitution, Coca-Cola's hometown newspaper. Published on page 2B on February 18, 1979, the… Continue 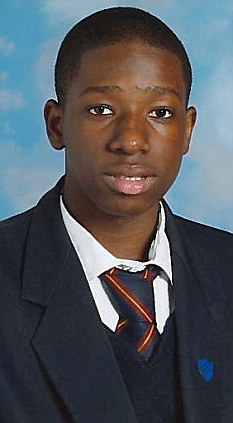 A London woman who sent her teenage son to their native Nigeria because she disapproved of his lifestyle has been jailed for eight months, the BBC reported.… President Goodluck Ebele Jonathan yesterday made history when he ordered that henceforth, females interested in becoming combatant officers for the Nigerian armed forces should be admitted into the Nigeria Defence Academy.

Minister of Defence, Adetokumbo Kayode who made the disclosure at a media briefing in Abuja, said, though the issue had been under consideration by the military high command for sometime, President Jonathan…

Hope you're doing great. There's only 8 hours left in this worldwide competition to send a writer with an expedition to the North Pole and I'm currently in the Top 5 (where I need to be, but the competition is heating up).

I sincerely need you to please spread the word to fellow Nigerians through 9jabook - http://www.lolagoesnorth.com/ Last week, RepublicReport broke the news that Mubarak stole between $20 and $40 billion from…

AGOS — GENERAL Overseer of the Redeem Christian Church of God, RCCG, Pastor Enoch Adeboye, has warned those who will be seeking political office in 2011 general elections with the aim to entrench corruption, to drop the idea, saying God would frustrate anyone who may be contesting to embezzle public funds.

He said any politician seeking political office to steal public funds to enrich himself must be frustrated by God through one way or the other, but assured those with genuine… Continue

Katie Baker, a contributor over at Gawker Media sports blog Deadspin, recently penned a fascinating piece on her experience using hockey-themed Usenet groups as a teenage girl in the late 90s. The title?…

The Confessions Of A Former Adolescent Puck Tease

The Confessions Of A Former Adolescent Puck Tease…

It was a narrow escape for Miss Christiana Enechejo Paul, a National Youth Service Corps (NYSC)  member, after she was mistaken for an antelope and shot at by her landlord in the village of Mbube,  Ogoja in northern Cross River State. Some say the Fear of LASTMA is the beginning of wisdom but to okada is not erring alone but human. 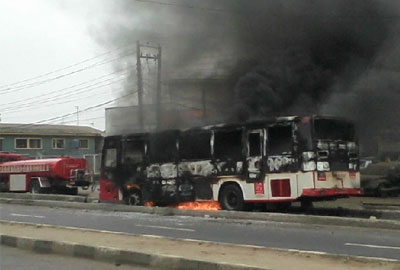