swine flu in Nigeria ? the Federal Ministry of Health has issued an alert

As a precaution to an outbreak of swine flu in
Nigeria, the Federal Ministry of Health has issued an alert but assured
Nigerians that measures had been put in place to tackle the epidemic.
The alert issued by the Minister of Health, Professor Babatunde Osotimehin, came on a day the worldwide death toll rose to 149.
Osotimehin
said that surveillance had been strengthened at all ports of entry into
the country –… Continue

An angry Lagos women is on an evil mission: To infect as many men as possible with the dreaded Human Immunodeficiency Virus (HIV). Sandra (surname withheld) told Saturday Sun that she embarked on the deadly mission three years ago after a bitter experience in the hands of armed robbers. According to her, she has become, more or less, a nymphomania, sleeping with men in the bid to spread HIV, mainly, and to eke out a living. 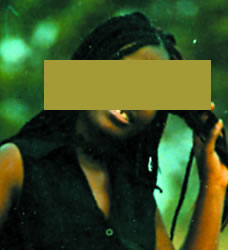 may have had sex with… Continue

has petitioned the Securities and Exchange Commission (SEC), seeking a mouth-gaping N117.18 billion; being losses incurred as a result of the share manipulation scam involving AP shares, which he blames on his erstwhile friend, but now bitter enemy, billionaire business mogul, Alhaji Aliko Dangote. The SEC has not commented on the damages and Dangote has denied any… Continue

Why I won't star in Nollywood -Zebrudaya

Hardly would the story of comedy in Nigerian Television be told without recalling his comic name. Chika Okpala

who went by the stage name Chief Zebrudaya, played a prominent role in the popular sitcom comedy New Masquerade a T.V. Series that kept households glued to their television sets in late 1980's. Even after the series, he remains a brand in the nation's entertainment industry. In this interview with REPORTER, Ifeoma Meze in his Enugu residence, Okpala talks about his life as a… Continue

Lanre Adewole, Abuja
Wednesday, April 23, 2009
THE Economic and Financial Crimes Commission (EFCC) on Tuesday arrested billionaire-businessman, Alhaji Aliko Dangote, over his alleged involvement in the African Petroleum (AP) shares trading scandal.
A source in the commission confirmed that he was quizzed in Abuja by the operatives of the anti-graft agency.

AP Chairman, Femi Otedola, and the company’s shareholders had reportedly petitioned the commission over… Continue

It's a pirate's life for me' It's a pirate's life for me'

A 25-year-old Somali pirate has told the BBC's Mohamed Olad Hassan by telephone from the notorious den of Harardhere in central Somalia why he became a sea bandit. Dahir Mohamed Hayeysi says he and his big-spending accomplices are seen by many as heroes.

I used to be a fisherman with a poor family that depended only on fishing.

The first day joining the pirates came into… Continue

He's a one-season wonder. He's too old for a big move now. He's too expensive. He's not what Arsenal need - another attacking midfielder. 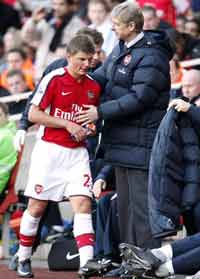 They don't make good signings. Everyone they snap up is either too young, too old, or too injured. Arsenal can't leap forward again. They need to put their hands in their pockets. What's Wenger up to?

Well, it may be… Continue

The Queen is celebrating her 83rd birthday.

The monarch will be spending the day privately at Windsor Castle with the Duke of Edinburgh.

Union flags will be flown above Government buildings until sunset in her honour, while the King's Troop Royal Horse Artillery will provide a 41-Gun Salute in central London using six 13 pounder First World War guns drawn by Irish draught horses.

The gun salute tribute takes place in Green Park this year because of refurbishments under way in the usual venue, Hyde… Continue

Two corps members serving in Lagos are now guests of the police after they were caught having sex in the open at the National Youth Service Corps (NYSC) Secretariat in Surulere on Thursday.
While their colleagues were busy struggling to get posted to areas where they would do their primary assignment, the two suspects preferred to engage in sexual exercise at a corner around the secretariat in the afternoon from where they attracted the attention of the NYSC… Continue Massive walkouts by Western Delegates ensues during The conference just now at about 2.33pm gmt Lagos 3.33pm after two protesters were walked out of the Conference hall one even threw objects at The Iranian leader .

The duel of the Oligarchs reached a denouement Thursday, April 16, 2009 when the Securities and Exchange Commission (SEC), absolved Alhaji Aliko Dangote

of any wrong-doing over the recent shares scam that pitted him against his erstwhile friend and business mogul, Mr. Femi Otedola;

with the latter accusing the former of colluding with Lagos stock broking firm, Nova Finance and Securities Ltd and its Managing Director, Mr. Eugene Anenih, to perpetrate the… Continue

if you are what you say you are, a Su.pers.tar

if you are what you say you are, a Su.pers.tar then have no fear 9jabook.com is here ... o o o no fiasco today albeit no jaguda

Story Highlights
Saudi judge stands by decision, refuses to annul marriage of girl, 8
Girl's father arranged her marriage to a 47-year-old to settle debts, lawyer says
Appeals court declined to certify original ruling, sent case back to judge
Girl's mother says she will continue to seek daughter's divorce
By Mohammed Jamjoom
CNN
(CNN) -- A Saudi mother is expected to appeal a judge's ruling after he once again refused to let her 8-year-old daughter divorce a… Continue

LAGOS, April 5 (Reuters) - The U.S. Embassy in Nigeria warned on Sunday of a possible attack against diplomatic missions in Lagos, the commercial capital of Africa's biggest oil producer.

In a message to U.S. citizens living in Nigeria, the embassy said it had received reports of a possible strike against missions located close to the U.S. Consulate General in Lagos, situated in the exclusive Victoria Island neighbourhood.

China's vigorous ingress into Africa has once again caught attention of the World. Chinese goals in making forays into Africa are said to be four fold as follows:-

- China will deepen cooperation and expand economic and technological… Continue

The ex-beauty queen, Ibinabo Fiberesima, who has been convicted for the murder of a Lagos medical doctor through reckless driving, appeared in court today as directed by the presiding judge, Justice Deborah Oluwayemi, and was sent to Kirikiri Maximum Security Prison.

The judge further ordered that the Medical Director of the prison should attend to her medical needs to ascertain her ailment.

How to argue effectively

I argue very well. Ask any of my remaining friends. I can win an argument on any topic, against any opponent. People know this and steer clear of me at parties. Often, as a sign of their great respect, they don't even invite me. You too can win arguments. Simply follow these rules:
# Drink liquor.

Suppose you are at a party and some hotshot intellectual is expounding on the economy of Peru, a subject you know nothing about.

If you're drinking some health-fanatic drink… Continue

US NEWS :Brian Dawkins to give tickets to fired Eagles employee

Last month, Dan Leone was fired from his part-time job with the Philadelphia Eagles after criticizing the team for letting veteran Brian Dawkins leave via free agency. Leone was a seasonal game day employee, which meant he worked during the Eagles' 10 home dates each season. His termination meant he would have been unlikely to attend any of those games in 2009. But now help is coming from an unexpected source.

Dawkins signed with the… Continue

BINGHAMTON, N.Y. – A gunman barricaded the back door of a community center with his car and then opened fire on a room full of immigrants taking a citizenship class Friday, killing 13 people before apparently committing suicide, officials said.

Investigators said they had yet to establish a motive for the massacre, which was at least the fifth deadly mass shooting… Continue

SAY NO TO LAWYERS ! WASTE in the health care system costs America upwards of $1 trillion per yea

WASTE in the health care system costs America upwards of $1 trillion per year. Much of this waste is generated or justified by the fear of legal consequences that infects almost every health care encounter. The good news is that it would be relatively easy to create a new system of reliable justice, one that could support broader reforms to contain costs.