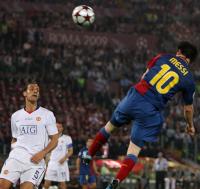 Dr. Tajudeen Abdul-Raheem, the most irrepressible Pan Africanist of his generation,
died in Nairobi on 24 May 2009. His friends and colleagues are stunned at the loss of a
man who was so full of life and humour, such a determined Afro-optimist, and such a
devoted father to his children, Aisha and Aida. Africa is impoverished by his untimely
death.

Know your President .The Yaradua You Never knew but should know

Special Shakara Advert for today is : For a Competent Computer Instructor and Mobile Computer Engineer
call Adebola 07083838410 Get your Advert today sent to thousands for no F.E.E ! Yes you heard right !
powered by http://www.ask9ja.com

Is Yaradua a Strange man ? is he one of those eccentric Teachers we all… Continue

You can register and upload your cv on http://www.dragnetnigeria.com/etisalat/jobs.aspx

(CNN) -- An international manhunt was under way Thursday for a New Zealand couple who fled after a bank mistakenly paid them NZ$10 million (US$6 million) when they applied for a loan of just NZ$10,000. 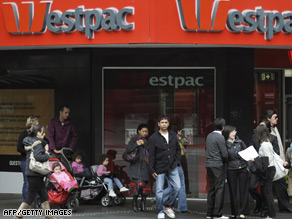 Westpac bank paid the couple 1,000 times the amount they asked for.

New Zealand authorities said they had sought the help of Interpol in locating the couple who disappeared May 7, two days after an employee error at Westpac bank paid them 1,000 times the… Continue

A last coin to my friends please forward

An unemployed graduate woke up one morning and checked his pocket. All he had left was N10. He decided to use it to buy food and then wait for death as he was too proud to go begging. He was frustrated as he could find no job, and nobody was ready to help him.

He bought food and as he sat down to eat, an old man and two little children came along and asked him to help them with food as they had not eaten for almost a week. He
looked at them. They… Continue

Slave Trade Again an ode to Neegeria and the Exiles.

Once they came from Afar .And Stole us Away but now they are back and the chains are new.
By our Strength they built their cities, Powered their Technology and now they are in our world once more. Emerging Market they call it or emerging slave market .In a world where its babies are killed as soon as they are show cased.Their brains drained faster than a nightmare

A world where the liars are the hirers and… Continue

AFRUCA – Africans Unite Against Child Abuse On its 8th anniversary

On its 8th anniversary, AFRUCA outlines its achievements promoting the rights and welfare of African children in the UK and in Africa 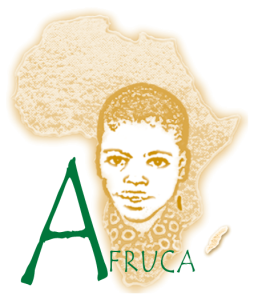 AFRUCA – Africans Unite Against Child Abuse was established in May 2001 to campaign against the abuse and exploitation of African children. Since then we have gained recognition as the premier charity working to promote the rights and welfare of African children in the UK.

“Many African children in the UK experience a multitude of… Continue

Careful Mr President MEND may just be what will MEND 9geria for good .

This is sadness for a group that so far their activities have been laughable with respect to being called Terrorists or kidnappers.The escalation of this crises by threatning the northeners may spark another Controversial question as to who is pulling the shots .The FG,Shell or a 3rd party .

1.What does MEND Really want… Continue

(CNN) — Liz Cheney is picking up where her father left off when it comes to taking aim at the Obama administration, saying Tuesday the new commander-in-chief appears to be siding with terrorists.

In an interview on Fox News, the daughter of Vice President Dick Cheney sharply criticized the new administration for agreeing to release photographs depicting alleged abuses at U.S. prisons in Iraq and Afghanistan during the Bush administration.

"I think it is really… Continue

Doing my hair today I wasn’t disappointed. Irritated by the loud drumming coming from a nearby, prayer/miracle house, church, my hairdresser launched into full griot mode. Her main vex was the brother sister syndrome in a particular popular Pentecostal I wont mention.

Blast from the Past: Did Papa Awo really plan to topple Tafawa Balewa.Who wants Yaradua out ?

HOW EASY CAN IT BE TODAY ! As governor oshiomole was recently arranged to take an all expense paid trip to heaven .Word is out that President Yardy is planning a security shakeup as the… Continue

Over 100 factories shut down for lack of electricity is it so hard ? Design a portable solar Generator !

Learn to use Solar Power and even design your own .We will help you in importing Solar power devices from china ! email solar@systemini.net for more details .

FACTS have begun to emerged how the poor electricity supply in the country has led and contributed to factory closures and declining manufacturing sector in Nigeria, leading millions of job loses.
In fact, in the Textile/garment as well as Chemical/Leather sectors of the economy, constant power failure in the country has… Continue

The sins of their Fathers are being continued by their sons and our Sons .Their sons are continuing it and we are helping them !

Whilst 9geria is silently burning some irresponsible members of society are organising a Global 9gerian Party from Facebook .I did not take note of the group until i saw the Admins and co collaborators

Anyanwu Stanley Emeka, her nephew who had been living with her for years, told pimpmynaija.com sources yesterday at the residence of the late sole importer of Erico Air conditioner at Azare Crescent, off Liverpool Road, Apapa, Lagos, that his aunt expressed fear concerning the several threat calls she… Continue

Country Man Be careful as these 419ers have become more and more daring ! They now focus on 9gerians even more ! talk about Bringing it back home .I wish they could scam one of our top scammers . The politicians.Talk about Maradona(IBB) getting maradonnad by one small yahoo yahoo boy for ikeja ! .Now that will make my day !

The Reality of 419s the real 419 threat
EMail below
Dear InterSwitch Card Holder,

Due to changes made on our website and our… Continue

As her man lies unconscious on the canvas just yards away, the worry and distress of Ricky Hatton's fiancée Jennifer Dooley is all too plain to see. Seconds earlier, the former college lecturer let out an ear-piercing scream as the Mancunian boxer was floored for the third and final time by Filipino Manny Pacquiao.

Wearing a close-fitting red dress, Miss Dooley gripped the back of the seat in front of her for support before turning to Miss Coyne with her hand… Continue

The uncertainty and protests that have trailed Saturday’s rerun governorship election in Ekiti State took another dimension on Wednesday, as a group of women clad in white attires protested round Ado-Ekiti, half-dressed. 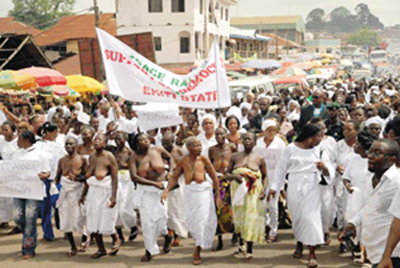 The protesters, who sang anti-Peoples Democratic Party’s songs and chorused “Eeye o” waved white handkerchiefs to onlookers who cheered them on.

Some of the placards hoisted by the women read, “VP Jonathan, stop your imposition on Ekiti rerun; Prof. Iwu,… Continue