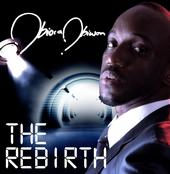 
Anticipation for the sophomore effort of award winning crooner/vocalist Obiora Obiwon heightens with the growing buzz of the late 2008 and 2009 radio releases, “Obi Mu O” - the album version and the remix. In the light of a brief hiatus in 2008 as well as speculations on a new musical direction, the aptly titled “The Rebirth” is set to capture the yet independent artiste’s unique blend of the African urban sound at a whole new level. Since the 2006 debut of “Overture”, Obi has remained one of Nigeria’s hottest urban acts. Prior to this, he had worked his way through a circuit of local shows in Enugu, eastern Nigeria where he grew up. Migrating to Lagos Nigeria’s music capital, Obi became a member of the award-winning HipHop collective, Thorobreds, while doubling as an officer in a 9-to-5 bank job.
The solo release of the “Get ‘Em Up” EP in 2005 indicated his unique style - a blend of R’n’B, Soul and HipHop with elements of African culture. This was further stamped in the full debut release. Powered by favourites such as “Streetz Of Lagos” and the emotive hit ballad, “Onyinye”, the “Overture” buzz eventually compelled Obiora to quit the white-collar job for undivided attention on a long desired music career. Critical acclaim followed suit in 2007 with awards for Best Vocal Performance Male at the illustrious HipHop World Awards and as Male Voice of the Decade at the Nigerian Music Awards. Amidst other nominations for song and voice, the late 2007 EP “Overture Plus” also received two nods for choreography in 2008. Obi also worked with the Kora All Africa Awards, writing and performing the “Kora Song” at the continental flag bearer’s launch event.

The Rebirth album by Obiwon is an eclectic mix ofcontemporary gospel and RnB as earlier indicated by Obiwonwho granted us an exclusive session months beforethe release of this wonderful album.Click…Continue

You need to be a member of Obiwon to add comments!

Thanking you in advance for the patronage and support!

Comment by Moses K Tawose on September 29, 2009 at 3:19pm
It's unbelievable he was just knew in the gig. I can't agree more with you Nollywood your comment it's true they knew not what they were saying with their comment. They just want to shoot you down rather than to lift you up. Keep it up Obiora Obiwon sky is the limit...............!!!

Comment by NollywoodMohits on September 29, 2009 at 2:55pm
wetin all this yeye haters dey talk for youtube about the joli song dem no know what music critic dey about .This guy is fresh, with his own style , quite raw talent no need to cook it ! hisstage presence has that vulnerable feel and an emotive vibrancy in his ballads .watch out for this guy and looks like he can dance too

Comment by KrysWebOmoge on September 29, 2009 at 2:49pm
I love My F.A.T.H.E.R,,,have never heard someone describe what that word truly means..keep blessing us with your music!:)

“They Push Each Other”, Jurgen Klopp Praises His Squad’s “Outstanding Mindset”