promotion of tobacco even with a new direction to fight the recruitment of the womenfolk into smoking, In clubs,bars,malls & even some schools Ladies are not just boozing like the guys they are also puffing and beating the guys at it says the World Health organisation .

It may sound odd, but the World Health Organisation says more girls than boys smoke tobacco; giving new reasons why the anti-tobacco crusade must now address the womenfolk.

When on Friday, WHO called for a special protection of women and girls against tobacco, it was not as if the organisation had assumed the other members of the society needed not to be shielded from the harmful effects of what is perceived globally to be an addictive consumption. 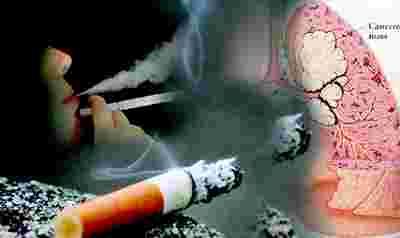 It was because global researches have indicated a growing, worrisome trend in the habit of women and girls who take tobacco as a thing of glamour and status. WHO’s new direction of campaign is to press home the focus of this year’s World Tobacco Day..

WHO’s Director-General, Dr. Margaret Chan, said, “The trends in some countries are extremely worrisome,” adding, “Tobacco use is neither liberating nor glamorous. It is addictive and deadly.”

This 2010 campaign theme, “Gender and tobacco with an emphasis on marketing to women, focuses on the harmful effects of tobacco marketing towards women and girls. It also highlights the need for governments to ban all tobacco advertising, promotion and sponsorship and to eliminate tobacco smoke in all public and work places as provided in the WHO Framework Convention on Tobacco Control,” according to the global health body.

Nigeria, where the campaign against smoking has been gaining ground through the efforts of the Environmental Rights Action, is ranked among countries which WHO Director-General said the trend is pretty worrisome.

Smoking may be one habit that is generally perceived to be rife among males, but a recent survey, according to WHO, shows that there is a growing rate of tobacco use amongst girls and women. Women and girls are said to represent 20 per cent global smoking population.

“In half of the 151 countries recently surveyed for trends in tobacco use among young people, approximately as many girls uses tobacco as boys. More girls use tobacco than boys in some of the countries, including Bulgaria, Chile, Colombia, Cook Islands, Croatia, Czech Republic, Mexico, New Zealand, Nigeria and Uruguay.

“Women are a major target for the tobacco industry in its effort to recruit new users to replace those who will quit or die prematurely from tobacco-related diseases. The leading preventable cause of death, tobacco use kills more than five million people every year, about 1.5 million of whom are women,” says WHO on Friday.

And what is the nexus between tobacco and women? Or better still; what is the attraction? After strategic manners in which the anti-smoking campaigners across the world had tackled the recruitment of youths into smoking by tobacco manufacturers and marketers, there is said to be a new path manufacturers and marketers are following to force smoke down the throats of women. By linking smoking with beauty, young girls are easily fascinated and are consequently recruited into the habit.

Analysts are of the view that the same method employed in using the media to present slim girls as paragon of African beauty is being promoted to make young girls believe that their beauty is incomplete without tobacco addiction.

But it is not only those who engage in the practical habit of direct smoking that are considered to be smokers. Passive smokers abount through their inhaling of smokes in public places.

The inclusion of Nigeria amongst countries considered to be having a disturbing rate of smoking girls further reinforces the points being raised by Nigerian crusaders that the government needs to act fast before tobacco-related diseases add to its alleged unenviable record in health management.

Programme Manager of the Environmental Rights in Nigeria, an affiliate of the Friends of the Earth, Mr. Akinbode Oluwafemi, said the focus on the need to save women and girls from smoking, which is the theme of this year’s tobacco day, should compel some persons in high places to act fast.

“It will interest you that the chairman of the Senate Committee on Health, Senator Iyabo Obasanjo-Bello, is a woman. And we believe that where the interests of women are concerned, a woman in the status of the senator should use her position to ensure the welfare of her fellow womenfolk,” say Oluwafemi.

His call is on the strength of a bill which was said to have been presented to the Senate by a member, Senator Olorunnimbe Mamora which, according to him, is yet to be passed into law.

Among other things, the bill seeks to ban smoking in public and end all forms of promotion of the product in the country.

Mamora, who spoke with our correspondent on Sunday, said there had been deliberate moves to scuttle the bill at the National Assembly, adding that some of his colleagues who swore to defend the wellbeing of Nigerians were engaging in acts that are inconsistent with their oath of office.

Mamora said, “No amount of propaganda; no amount of purported job creation by the British American Tobacco can justify the number of lives being destroyed through the use of tobacco. This is because certain incontrovertible evidence have been established linking tobacco use to various diseases.”

In a separate statement on the 2010 World Tobacco Day, Oluwafemi called for the passing into law of the bill as a sign of government’s readiness to recognise the global concern for the health of its citizenry.

He stated, “It is a fact that dangers are associated with smoking. The World Health Organisation estimated that 5.4 million people die every year due to tobacco-related diseases, with majority of these deaths happening in developing countries.

“Tobacco is the only consumer product that is guaranteed to kill half its consumers if used according to manufacturers’ intention. It contains more than 4,000 dangerous chemicals harmful to the body.

“It is also a fact that stringent measures aimed at reducing smoking in Europe and America have driven the tobacco industry to developing countries like Nigeria, where the industry continues to flout regulations, marketing to young and impressionable youths, and hooking them on smoking.”

Indeed, another recent survey, according to Oluwafemi, also shows that two persons die each day in Lagos hospitals as a result of tobacco-related ailments.

With the theme of this year’s event, many expect that the focus will now shift to demystifying those messages being sold to girls which make them embrace smoking as a way of upping their beauty profiles.

Perhaps, that will compel manufacturers and marketers to also review strategies. But then, the health of the citizenry is at the centre of it all.

Comment by Moses K Tawose on May 31, 2010 at 8:21pm
No Problem as we welcome the new indoctrination or romanticization of the Western culture while abandoning our own. Our culture has gone to the dogs whereby the bathwater and the baby has been thrown out. We've allowed the environment to take over the norm that it takes a village to raise a child. We're all after money and the first obligation as a parent or guardian are left to the dogs.
Don't blame them until we can go back to our first love as a parent or guardians only them we can minimize it or we should forget it for good.

Comment by becky on May 31, 2010 at 4:49pm
it is not easy to band it cos,it has spread round and it has become alot of pple habit.onless they will build more hopistality were they can keep them 4 some month witout given then cigrate.n thereby given then medical care.until they r able to stay witout it b4 they can let then go.

Comment by Olusegun Adewale Fadipe on May 31, 2010 at 2:05pm
What a dangerous trend in our decaying societal life! Ban smoking NOW if only we want not only long life for our youths but also a healthy and prosperous living. I support NO SMOKING CAMPAIGN in Nigeria...Happy a great day.

Comment by DANIEL EDOBOR on May 31, 2010 at 1:03pm
High class babes they call themselves,check out clubs and exclusive bars,you wont doubt dis story.