The Lagos State House of Assembly on Tuesday commended the executive government and unanimously adopted a motion ratifying the $1 million donation by the state government to Haiti, after last week's devastating earthquake. 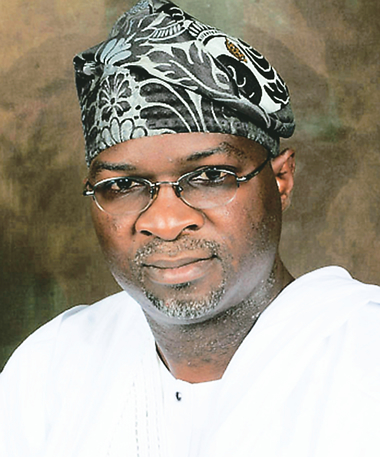 The state governor, Babatunde Fashola, wrote a letter to the House, following the decision of the state executive council during its weekly meeting on Monday, to adopt a "resolution recognising this humanitarian service".

Although the motion was passed with relative ease, a few lawmakers raised concerns about the source of the donation, wondering if it would be taken from the 2009 budget or the yet-to-be-passed 2010 budget. However, the magnitude and urgency of the Haitian need, coupled with the fact that Nigeria, as a nation, has been absent on the list of donating nations, helped douse the concerns.

"The governor has the right to spend up to 25 per cent of (money voted for) donation in the 2009 budget," said the Speaker, Adeyemi Ikuforiji, as a reminder to the lawmakers, and consequently, the motion was moved by the majority leader, Kolawole Taiwo.

The Lagos Assembly also called on other Nigerian states to help the needy Haitians. "The federal government should have done this but there is a vacuum at the top and there is no response from Nigeria," said Ahmed Omisiore, chairman of the House committee on information.

"The donation should be stressed as coming from the Lagos State government and not from Nigeria because we cannot continue to shoulder the responsibility of the entire country," she said.

While it was not part of the adopted motion, the majority leader, Lola Akande, representing Ikeja II, suggested that a minimum amount of N50,000 should be made compulsory for each lawmaker as their contribution, which was supported by Babatunde Ogala, who also suggested that the contribution should be deducted "immediately from source".

In response, the speaker said anybody who wants to contribute to the state's donation can walk into any branch of Skye Bank where an account has already been opened.

Bringing the discussion home, Sanai Agunbiade said "while we are thinking of Haiti there are some communities in Lagos suffering from serious environmental degradation. The rains will soon be here and something must be done."

Also in its response to the disaster, the National Emergency Management Agency (NEMA) has said it plans to send cash donation.

Speaking to reporters in Abuja yesterday on the role of the agency regarding the incident in Haiti, the Director General of the organisation, Mohammed Audu Bida, explained that the enormity of the incident is so great that instead of moving relief materials through the seas, which are already congested as a result of massive goods coming from other countries, sending cash right away makes more sense.

Mr. Bida who declined to disclose the exact amount earmarked for the people of Haiti, said Vice President Goodluck Jonathan who is the chairman of agency's board has already said that the government will come to the aid of the country.

Comment by Eby Star on February 4, 2010 at 5:25pm
Babafashola the best Governor, if my own state (Delta State) Governor could be able to act like Fashola, I don't mind leaving Lagos to my own State. So Governor Fashola BRAVO and more greases to your elbow. Good luck.

Comment by Moses K Tawose on January 23, 2010 at 9:23am
Thanks for the generosity from the people of Lagos State. Half bread is better than none.