Maybe names matter as Fiona is the name of Shreks Wife in the movie Shrek But our own Fiona Amurzie was not even in any of the fast tracked beauties who were given accolades for their outstanding perfomrances in sport,talent shows etc . Even though Miss World 2001 Agbani Darego was a memeber of the past queens panel of judges did not ginger the swagga of latent introduction into the beauty world Fiona Amurzie 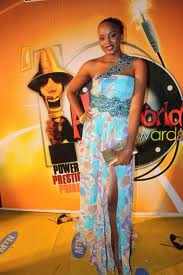 BEIJING – The newest Miss World is from the United States.

Alexandria Mills, a soft-spoken 18-year-old, was named the winner in Saturday night's contest in southern China. The tall blonde was a relative
surprise winner after speculation focused on other contestants.

The host country's own contestant, Tang Xiao, also was among the final five.

According to a brief biography on the Miss World website, Mills calls Louisville, Kentucky, her hometown, and she recently graduated from high school.
She would like to become a teacher.

"I've never met a stranger and enjoy meeting new people," she says in the bio.

For the final, she was wearing a shimmering ivory-colored dress slit up the leg.

Mills takes over the title from Kaiane Aldorino of Gibraltar, who was named Miss World 2009 at a ceremony in South Africa last December.

Women from more than 100 countries participated in the contest, organizers said.

This is the 60th year of the Miss World Competition, and organizers brought back contestants from past decades to give the night a retrospective
theme.

Alexandria Mills, a soft-spoken teen from the United States, won the Miss World crown for 2010 on Saturday, defeating more than 100 other hopefuls at a glittering ceremony in southern China.

The tall blonde was a surprise winner in the 60th annual contest, reports the Washington Post.

Mills, a resident of Louisville, Kentucky, is said to have graduated from high school recently and wants to become a teacher..

Mills, who was wearing a shimmering ivory-colored dress for the final, takes over the title from Miss World 2009 Kaiane Aldorino of Gibraltar.