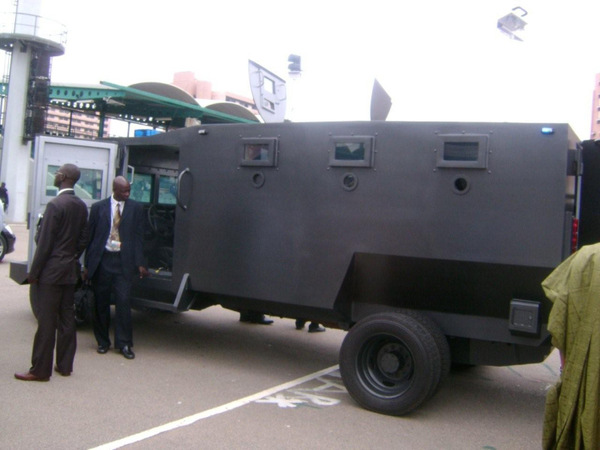 Mr. Ochibo was alleged to have demanded for the sum of N100, 000, via a message sent from his phone, from the manager of an insurance company in Abeokuta as “settlement” to spare his life and that of his family members. The suspect reportedly claimed that some people had paid him to kill them all.

The police’s spokesperson said the scared family reported the matter to the police and were advised to play along with the “assassin”, and it was agreed that the sum of N50,000 to be deposited in his account.

The suspect was said to have agreed to his victim’s term and the amount was paid into his Skye Bank Account Number 2241010050010at Sapon -Abeokuta. Unknown to him, however, his ATM card had been blocked by the bank on the advice of the police so that he was thus forced to approach the counter at the bank to cash the money.

He was about to do just that when police officers, who had laid siege for him at the bank, apprehended him. The relieved victim would later tell the police that the suspected was his former house security guard.

Mr. Ochibo appeared in court last Friday and was remanded in prison while the case was adjourned till December 16, 2009.

Mr. Adejobi, who said the command appreciates the support of the people of Ogun State in its efforts to combat crime, said members of the public should be more security conscious.

“People should harness all security resources around them, vis-à-vis the use of circulated police phone numbers around them, to reach out to the police when the need arises,” he said.