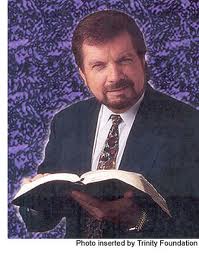 Law # 1 The Law of difference.

This is having the wisdom to be able to discern difference. What makes you different from everyone else. What problem can you solve?

Law#2 The Law of the MindKnowing how to focus the mind, to rule the mind, to make the mind work for you, not let the mind control you. To learn, to be focused, to concentrate, to have a picture in your mind of what you want and go for it, like visualization. See it. Have pictures up on the wall.

Law# 3 The Law of RecognitionThe thing you need is there; it’s just a matter of recognizing it. If there’s something missing in your life, there’s more than likely something you’re not seeing. Most of the time it’s right in front of your face but you are so conditioned and so distracted that you don’t see it. I like this one a lot. Tai chi helps with this, and taking the time for contemplation and meditation. What are you not seeing?

Law #4 The Law of 2Mike Murdoch speaks of the power of covenant, and that the difference in seasons is a person. One person can change your life in 24 hours. All you need is one person to recognize what is special about you, to take you on as a mentor to you, to enter into a covenant with you. Who is that person?

Law #5 The Law of PlaceWhere you are is as important as what you are. Mike Murdoch speaks of Jesus, who had to leave his hometwown and preach elsewhere to be recognized. When you are where you belong, your genius emerges. So it behooves us to consider whether we are where we need to be, and if not, where is that place.

Law #6 The Law of HonorYour future is determined by who you have chosen to honor. You must have a code of honor. Honor is a seed that will outlast a lifetime.

Law #7 The Law of the SeedOur offerings to God are seeds that produce a harvest. There are many types of seeds in our life. Honor is the seed for access, kindness is a seed, time is a seed, love is a seed, teaching is a seed, giving is a seed. This law is to work in the financial arena as well.

But there are two important caveats we need to learn to reap what we sow. If we do not reap what we sow, there is no harvest. And, expectation is an important and essential part of the equation. If we seed without expectation of of reaping a harvest, we will not reap the harvest. If we expect a harvest of God, it shows faith in God, and faith in God is confidence in God, and God likes us to have confidence in him.

I will add here that when a farmer plants his seeds, it takes an awful lot of seeds to make a harvest, and many of the seeds don’t take. The same probably holds true in ther mystical sense. We may plant a lot of seeds, a teacher for example, in his or her lifetime, plants many seeds in many students, but not all bear fruit.

I will also add here that while I think I believe in sowing money as a seed, you do have to discern carefully where you are sowing that money.

The Parable of the Sower

1That same day Jesus went out of the house and sat by the lake. 2Such large crowds gathered around him that he got into a boat and sat in it, while all the people stood on the shore. 3Then he told them many things in parables, saying: "A farmer went out to sow his seed. 4As he was scattering the seed, some fell along the path, and the birds came and ate it up. 5Some fell on rocky places, where it did not have much soil. It sprang up quickly, because the soil was shallow.6But when the sun came up, the plants were scorched, and they withered because they had no root. 7Other seed fell among thorns, which grew up and choked the plants. 8Still other seed fell on good soil, where it produced a crop—a hundred, sixty or thirty times what was sown. 9He who has ears, let him hear."

10The disciples came to him and asked, "Why do you speak to the people in parables?"

11He replied, "The knowledge of the secrets of the kingdom of heaven has been given to you, but not to them. 12Whoever has will be given more, and he will have an abundance. Whoever does not have, even what he has will be taken from him. 13This is why I speak to them in parables:
"Though seeing, they do not see;
though hearing, they do not hear or understand. 14In them is fulfilled the prophecy of Isaiah:
" 'You will be ever hearing but never understanding;
you will be ever seeing but never perceiving.
15For this people's heart has become calloused;
they hardly hear with their ears,
and they have closed their eyes.
Otherwise they might see with their eyes,
hear with their ears,
understand with their hearts
and turn, and I would heal them.'[a] 16But blessed are your eyes because they see, and your ears because they hear. 17For I tell you the truth, many prophets and righteous men longed to see what you see but did not see it, and to hear what you hear but did not hear it.

Comment by Samson Bitrus T on October 18, 2010 at 8:39pm
I heard this before and read them as well, but they are just FRESH to ME NOW.
I said THEM and THEY meaning the WORDS are SPIRIT and LIFE, LIGHT TO MY PATHS and LIFE TO MY MY WHOLE BODY>
May GOD BLESS U @poster

Comment by Moses K Tawose on October 18, 2010 at 5:25am
That's the heart of the matter which is the truth. Thanks for sharing the information.