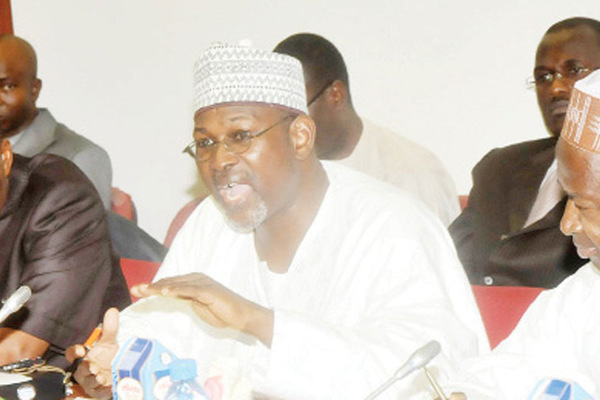 Registration of voters is to begin in January next year. Attahiru Jega, the chairman of the Independent National Electoral Commission (INEC), confirmed this yesterday in Abuja.

The registration, which was earlier billed for November 1 to 14, was moved after the commission requested for the extension of elections next year, prompting the National Assembly to effect a fresh alteration of the Constitution to allow for the shift...

With the amendment concluded last week, the commission said it is awaiting the mandatory approval of at least 24 states legislature, which will put the amendments to use, before announcing a new timetable that will include specific new dates for the registration.

After passage last week at the federal level, lawmakers dispatched the altered sections to the 36 states Houses of Assembly for the required concurrence. Routine public hearings are expected at the states early this week and a final passage by next week.

Mr. Jega said the commission will “not pre-empt” the near-certain favourable outcome of the states’ voting, and will only make public its new timetable, after the final passage has been secured.

However, the registration of voters, which is central to the polls, the INEC boss confirmed on Monday, will hold in January, to allow time for corrections that may be needed, and also a final display of the register before the elections scheduled for April.

No time to waste

“We are taking the registration very seriously. Once we have controversy with the register, we are done, and there cannot be credibility anymore on the entire process,” he said.

Thousands of temporary staff are to be recruited and trained to run the over 120,000 units of the Direct Data Capture machines required for the registration of an estimated 70 million voters.

Ahead of the procurement of the machines, the commission yesterday kicked off a four-day training for the bulk of its officials - called the Master Trainers - who in turn will train and supervise the casual officers.

Speaking through a representative, the national commissioner in charge of training, Lai Olurode, said that the yet-to-be awarded contract for the machines, which many Nigerians have raised concerns about, would not in any way hamper the process.

Fears have been expressed in several quarters over the delay in the award of contracts for the supply of the data capture machine, which is a crucial aspect of the success of the registration of voters.

He said the commission “has completed everything in relation” with the purchase of the machines, and that INEC was confident about their timely delivery.

Mr. Jega’s spokesperson, Kayode Idowu, had earlier assured NEXT the document would be signed this week.