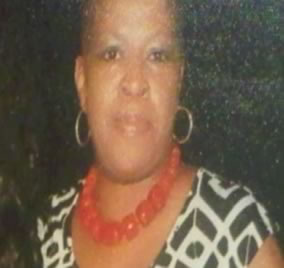 Chinwe was offered a bottle of Guinness stout upon her request and 15 minutes later started shouting “my chest, my chest” vomiting blood. The ex-governor immediately picked up the phone and called paramedics and police, both arriving the scene in minutes. Paramedics were on their way carrying her into the ambulance when she gave up the ghost at 8.48 pm.

Police and detectives with the permission of the ex-governor, conducted an 8-hour search of his home. The Homicide unit of Montgomery County Police Department said they do not suspect foul play so far in Chinwe’s death and were awaiting autopsy results for final conclusion.

Comment by Holawalay Dedon on August 28, 2010 at 10:35am
that is what i call a good organized country, medic and police arrived in mins, that is what i call development, our govt run to the place to relax and come back home to take more of our money so they could have another round of relaxation in U.S..

Comment by DANIEL EDOBOR on August 28, 2010 at 9:17am
I no get comment until the autopsy result is out. However may her soul rest in peace.

Comment by Moses K Tawose on August 27, 2010 at 5:08pm
We mustn't jump the gun the United State Of America isn't Nigeria where everything is moped up rather a through job would be done to investigate what led to what. Let's keep our finger crossed for an update on the story for those who would like to know more or curious mind as to what might or could be. No matter what may her soul rest in perfect peace and her family consoled to bear her loss.

Comment by oyelami rachael lola on August 27, 2010 at 4:24pm
may God always Protect us from dengers

Comment by ogechi on August 27, 2010 at 3:04pm
It s a pity may be her body didnt need the stout at that moment, all the same may her soul rest in peace.

Without Women And Aid, Afghan Economy Will Collapse, UN Warns