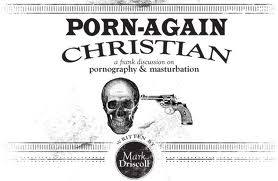 Talabi (not real name) was a sexual addict. He had been an addict for 35 years. At age 15, he had been exposed to pornography, courtesy of his older cousin, who would sneak in with pornographic films at night. At 17, Talabi started to experiment with near- nude images of prostitutes which his cousin had introduced him to. Talabi got married at 25, to a morally sound and spiritually inclined lady in his church, thinking that would help him out of his problems.

A cursory look at Talabi’s upbringing reveals that he was born and raised a strict Christian with special emphasis on the principles of the Bible. His father was a strict clergy and the mother a member of the good women association. He was the first and an only son, with three sisters, whom everyone felt would take up the ministry like his father. He did actually take up the ministry after his father retired and his sermons focused on fornication and adultery.

After each incident, he would beg God for forgiveness and would swear never to find himself in that position again. But again and again, he found himself going back. This continued until he travelled abroad, where he confided in a fellow minister, who introduced him to a therapist. The therapist found that what triggered Talabi’s adulterous acts was pornography use.

In Talabi’s wife reminiscence of her husband’s addiction, she said that at the point of escalation, her husband would demand, “Even sometimes pushed me into doing increasingly bizarre and unusual sexual activities.” She added that in many cases, this resulted in a break in their relationship, as she refused to go further. Bimpe, Talabi’s wife said she almost divorced him because of “so much conflict and rift in the home. Our children were beginning to feel the pressure too.” Eventually, they stopped having sex altogether.

The effects of pornography on anyone, most especially the youth, Dr Amos Ayeni, a Psychotherapist, said, are very damaging. He explained that as a psychotherapist and a clinical psychologist, he had over the years, treated an approximate of 300 sex addicts, who don’t even have an idea that they were. He said other individuals; about 75 per cent of them, were males with sexual illnesses. He said such cases of illnesses include unwanted compulsive sexual acting-out, plus such things as child molestation and rape, among others.

He may not be wrong, if one goes with 35-year-old Nasiru, who raped and brutalised a 16-year-old daughter of his neighbour. While blaming the devil for his actions, he confessed that he took to the act  as a result of what he had seen “on the television.” When asked to elaborate, he said “when my wife start(ed) to not have sex again, my friend showed me how to find pleasure in films. That fateful day, I was watching the film when the girl came back from school and the devil made me to rape her.” He added that he frequented “prostitutes but they don’t want to go with me again,” because he made them act out his fantasies.

An addict, who declined to have his name in print said, once addicted, they just kept going at it without the strength to break away from it. This is in spite of the negative effects on the family and possible encounter with the law. A psychologist, Dr Kunle Awopeju, in a telephone conversation, said that once a person becomes addicted to anything, pornography inclusive, what is known as escalation, occurs.

Escalation, he said, was a phase that became traumatic to the patient. He said with time, the addict would desire rougher, explicit, more deviant, kinds of sexual materials to boost motivation. According to him, as escalation progresses, there will nearly always be an increasing need for more of the stimulant to get the same initial effect.

“The worst part of being in this state,” Awopeju said, was that being a relationship with a willing partner in the “bizarre demand does not always mean that their problems are solved. These addicts most often prefer the sexual imagery derived from pornography accompanied with masturbation to get a release, instead of sexual intercourse in itself.” This, a published article said “nearly always diminished their capacity to love and express affection to their partner in their intimate relations. The fantasy was all-powerful, much to the chagrin and disappointment of their partner. Their sex drive had been diverted to a degree away from their spouse. And the spouse could easily sense this, and often felt very lonely and rejected.”

“Many times, when you see grown up men raping children, one begins to suspect the effect of pornography on the perpetrators of these devious acts,” Dr Oluwakemi Fakeye, a sociologist said. “The heart-breaking part of pornography,” she said, “is not that is on a daily basis becoming a bigger business than ever before; it is also more acceptable, more fashionable, more of a statement of awareness in the world now. You find pornography in music, in movies, in advertisements and so on; it has come to be an acceptable part of our lives. And the sad thing is that people have come not only to embrace this trend, they have come to see it as nothing harmful.”

Comment by Moses K Tawose on March 19, 2011 at 6:23am
It's an habit that's hard to break once somebody got hooked and moreover I deplored it because it dehumanize a fellow human being. The fantasy of it apart nor the enjoyment in it we should be up in arms against it period.

Comment by Ikenna on March 18, 2011 at 9:10pm
@ Technology, dere's no justification for porn.I must tell u from my own past experience dt lt's an emotional Killer.If u ever get free from it u'l kn d difference.SHALOM!

Comment by technology on March 18, 2011 at 5:44pm
when the babes are not ready to give boys some loving