Many health benefits of Ginger 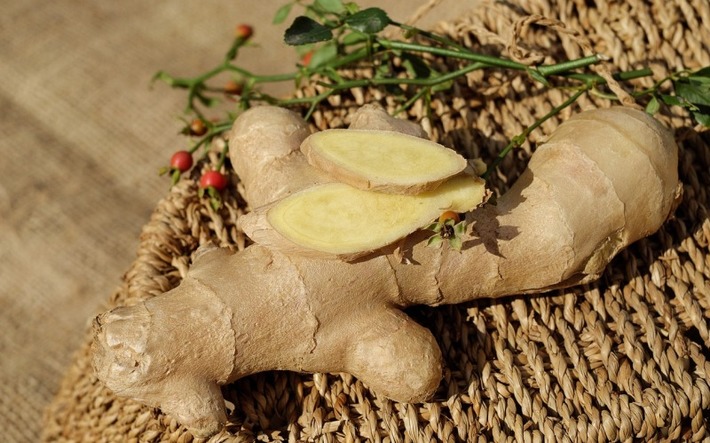 Many of us take ginger day-in-day-out without knowing some of its health benefits. Today, let us look at various health benefits associated to eating ginger; either as a supplement or taking it raw.

From time to time, benefits of ginger intake has been seen to reduce inflammation and treat inflammatory conditions like asthma because of its anti-inflammatory properties.

According to a large analysis of 9 clinical studies, ginger strongly reduces the inflammation marker CRP in the blood. The dose ranged from 1 to 3 g per day, supplemented over 2-3 months.

It seems to be the pungent components in ginger, also known as oleoresins, that have the strongest anti-inflammatory effects based on animal and cellular studies.

2. Ginger use to Relieve Nausea

While causes of nausea as been associated to some kind of drug side effects, food poisoning, motion sickness and pregnancy; ginger has been listed to treat those nauseated feelings effectively. In fact, The National Institutes of Health (NIH) recognized this.

Ginger is a popular natural remedy for morning sickness during early pregnancy. And according  to some medical report, the effects of ginger on nausea are linked to the vagus nerve, the activation of which is usually beneficial. However, over-activating some serotonin receptors (5HT3) in vagus nerve pathway to the gut causes nausea and vomiting.

For example, it has a long history of use as a sea sickness remedy, and there is some evidence that it may be as effective as prescription medication.

Ginger kills muscle pains and it is an effective pain reliever fore sore muscles. As one of the great health benefits of ginger, it is widely use for reducing muscle pains and soreness. It has medically been proven to be effective against exercise-induced muscle pain.

In a study, consuming 2 grams of ginger per day, for 11 days, significantly reduced muscle pain in people performing elbow exercises.

Ginger does not have an immediate impact, but may be effective at reducing the day-to-day progression of muscle pain.

These effects are believed to be mediated by the anti-inflammatory properties in its active compounds.

Ginger has been known to aid digestion. According to medicalnewstoday.com, "The phenolic compounds in ginger are known to help relieve gastrointestinal (GI) irritation, stimulate saliva and bile production, and suppress gastric contractions as food and fluids move through the GI tract.

At the same time, ginger also appears to have beneficial effects on the enzymes trypsin and pancreatic lipase, and to increase motility through the digestive tract. This suggests ginger could help prevent colon cancer and constipation."

The enzymes trypsin is a pancreatic serine protease with substrate specificity based upon positively charged lysine and arginine side chains (Brown and Wold 1973).

A recent findings on The National Center for Biotechnology Information shows that the active compounds in ginger works to relieve type 2 diabetics.

As can be seen, ginger and its active components are medicinal and they have been medically proven to treat various form of inflammatory conditions. Not only do they act as a good spicy in our meals, but they also act as an anti-inflammatory for treating all sorts of medical illness.

Additionally, medical experts also encourage the use of ginger regularly.