The folks at The Economist created a list of the best and worst cities to live in. Based on an exacting and rigorous process, they decided that Lagos, Nigeria's commercial capital, is the 5th worst background:
city out of 140 featured in a
2010 Global
Liveability Report. On this list, Lagos was only surpassed by the 4
following cities - Ports Moresby, Papua New Guinea, Algiers, Algeria,
Dhaka, Bangladesh, and Harare, Zimbabwe. In the 2006/2007 version of the
report, Lagos ranked as the 3rd
least liveable city. So, technically, one could say that moving up 2
spots since then is a good thing.
ANOTHER QUESTIONABLE LIST AS IT APPLIES TO LAGOS

However, this list is as dubious as any list could get. One cannot help
but wonder how a city like Lagos is in the top 10 least liveable cities
but cities that have high rates of kidnapping (such as Bogota,
Columbia), practically lawless
borders and harbor Islamic militants (such as Asuncion, Paraguay), have
incredible high rates of rape and murder (such as Johannesburg, South
Africa) or are blighted with poverty and vicious drug wars (such as
Mexico City, Mexico and other towns bordering the U.S.) are not granted
that distinction of the top most unliveable cities.

But, it is no matter. Although Lagos is indeed a growing metropolis
struggling to accommodate the influx of Nigerians and non-Nigerians
seeking opportunities, those who know and appreciate Lagos know that
despite the cities issues, this is also Lagos - 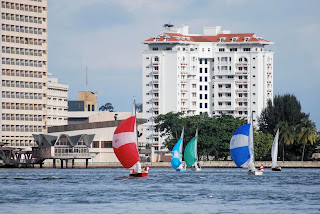 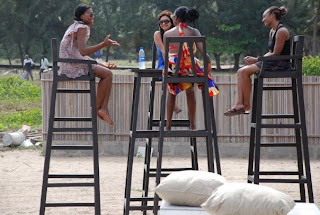 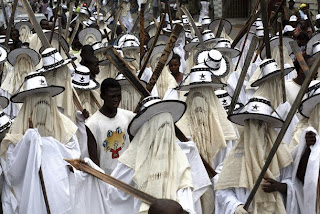 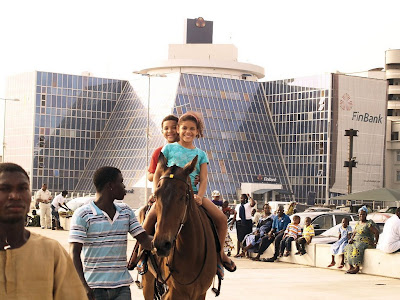 While it is clear that much more work is needed to transform Lagos into a truly modern and cosmopolitan city, the facts indicate that it is well
on its way. Lagos
State is the 32nd
most expensive country in the world and the 5th most expensive city in the
Africa/Middle East region. In 2007, Lagos State achieved an
unprecedented GDP of N3.68
trillion ($29.028 billion) in 2007 meaning the state had the 6th
largest GDP among African cities and 118th among all cities of the
world. And, to really provide some context, the GDP of Lagos State
in 2007 equaled that of the nation of Kenya and was greater than those
of neighboring Cameroon, Cote d’lvoire and Ghana. It is also interesting
to note that another ranking 102, generated by The
Economist gives Nigeria a 'country
risk' rating of 'Stable'. That country risk rating seems
inconsistent given that another of The Economist's rankings suggests
that a city in Nigeria is not just unliveable but possibly dangerous, a
conclusion many of its readers will likely come to.

LAGOS STILL NEEDS A LOT OF WORK
Unfortunately, Lagos's problems cannot be ignored and they no doubt
weighed heavily in determining its rank. From inconsistent electricity
supply to incongruous traffic jams and a high disparity between the
haves and the have nots. However, as is the case with lists, rankings
such as the Global Liveability Report tend to be subjective and do not
necessarily consider additional relevant circumstances that help to put
places like Lagos, and its progress in context.

PUTTING A POSITIVE SPIN ON THE RANKINGS
Lagos State Governor, Babatunde Fashola insisted on considering this
latest ranking a positive - noting
that

"it is a plus that Lagos is among the 140 cities rated in the world. While city like
Accra was not there, we have 10 of American cities and perhaps five
Canadian cities in the ratings.”

This writer, however, sees this ranking as an opportunity for not just Lagos, but Nigeria to
prove the naysayers wrong in due time by improving living conditions for
all, regardless of sex, tribe, religion or socioeconomic status.
Ultimately, there is nothing sweeter than success. 2010 is the year
Nigeria celebrates 50 years of independence from Britain, and this
should be the year the country pivots towards a future of success.